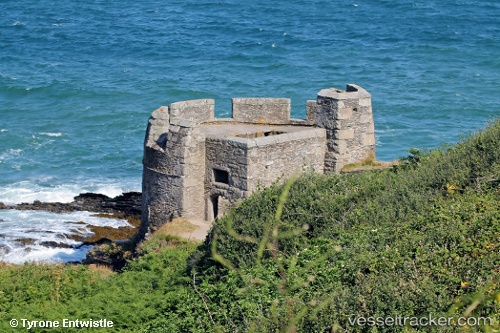 Fuel Services’ (WFS) Falmouth Eastern Jetty, part of a major refurbishment programme of the Falmouth terminal, was officially opened earlier this month by local MP for Truro and Falmouth, Rt. Hon Sarah Newton. The Eastern breakwater project was the final stage of work required to complete the refurbishment at the Falmouth terminal, as the breakwater and jetty are considered to be crucial port infrastructure.

2017 is lining up be a good year in terms of cruise ship visits with 30 ships now scheduled to call between February and October. Once again the market is predominantly German operated vessels. AIDAvita, AIDAcara, MS Hamburg, Astor, Artania, Mein Schiff 1, Albatros, Amadea and Europa. Princess Cruise mega cruise ship Caribbean Princess, 112,000 gross tons, returns to the port after a long absence when she calls at the end of her trans-Atlantic re-positioning cruise from Florida to London to begin a European season. With a passenger capacity of 3,100 the ship will have to anchor south of Black Rock to tender guests ashore. This year the Caribbean Princess will operate from Southampton making a number of Round Britain cruises with 10 scheduled calls at Cobh, a port that will see nearly 60 ships calling during the season and even more in 2017. Making inaugural calls here will be the brand new Silver Muse, flagship of SilverSeas Cruises along with another new vessel the Viking Star. Both ships are rated five stars. Fred Olsen Cruises is a strong contender next year with a total of six calls from the Balmoral, Boudicca, Braemar and Black Watch. http://www.falmouthpacket.co.uk/news/14455546.Thirty_cruise_ship_calls_confirmed/

A year on from Chancellor George Osborne’s promise to look into the delays surrounding Falmouth’s capital dredging project along the coast the Port of Plymouth is the latest port to announce a major plan to invest in its port infrastructure to attract cruise ships to the city by 2019. This month alone the ports of Cobh and Portland have also confirmed important port projects relating to the cruise industry. Falmouth’s neighbouring ports are engaged in substantial projects such is the importance placed on the economic gains to be made from the cruise industry. The capital-dredging plan for Falmouth is rapidly becoming a farce after more than a decade on the drawing board with public confidence in the scheme slowly on the wane. On a visit to the port last year George Osborne promised that the Government would look into the problems surrounding the dredging project. http://www.falmouthpacket.co.uk/news/14391753.Dredging_hopes_wane/