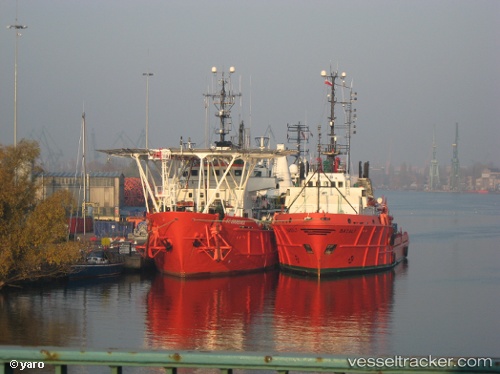 The world’s largest container ship MSC Gulsun arrived at container terminal DCT Gdańsk on Friday. During its stop, 11,000 containers will be reloaded, which means the largest regular container exchange in Europe. MSC Gulsun is the first ship in the world with a width of 24 rows of containers and a capacity of 23,756 TEU.

DCT Gdansk says it is expanding its fleet of STS and RTG cranes. Five new fully electric RTG cranes, which came by sea to DCT Gdansk terminal at the beginning of December, are being assembled on the yards. One of them has already reached vertical dimension. Five RTGs were bought as part of T2b project. They will be started and tested in the second half of February 2019. A the beginning of May they will be fully operational. From then on DCT Gdansk will have forty RTG cranes to handle containers at the yard of the terminal. Twenty eRTG cranes for T2 yards and 20 RTG cranes for T1 yards. Two new STS cranes which are already at T2 berth are being tested. The tests should last around two weeks.

Production has now started with the first steel cut of the first two Norled double-enders at Poland’s Remontowa Shipbuilding (yard number 619/1 and 619/2). The two diesel-electric hybrid double-enders will be delivered in the fourth quarter of 2019.