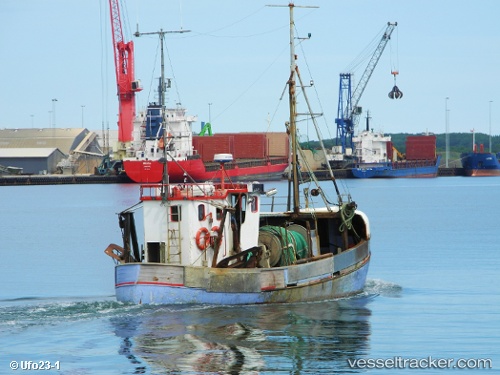 After the gas explosion aboard the Danish dredger vessel ‘Grete Fighter‘, 582 gt (IMO: 7944762), on April 23 in the port of Grenå,the Grenaa Shipyard has not yet received a report from the Labor Inspectorate on the cause of the accident which was thought to be be due to gas emissions or diesel fumes. However, the yard has already chosen to tighten security in several areas. On April 28, a joint meeting was held where staff and management discussed what they could do to be 100 percent sure the accident cannot recur. It was decided to buy a lot of technical equipment to prevent such an explosion in the future, and some new procedures for this type of work will be intrduced. The two survivors of the accident were in critical condition.

The chairman of the board of Grenaa Shipyard, Esben Møller, was deeply affected by the violent gas explosion on the dredger 'Grete Fighter', which injured three employees on April 23, 2020. The cause is still unknown. Shipyard chairman deeply affected by accide. "We have never experienced anything like it here, ”says Esben Møller. The accident happened shortly after lunch break when the employees were on their way back to the ship, which was in the shipyard in connection with a 5 year revision. On the way to the ship's tank system there was a huge explosion. Two men have reached the bottom of the ship, while the one closest to the exit was being helped out. Police and fire departments were alerted at 9.35 a.m., and shipyard and ship crews quickly reached the two at the bottom of the ship, which were most severely affected by the explosion, but were unable to rescue them. But they stayed with them until the fire department and the ambulance arrived. According to police, the three severely injured people who were flown to Rigshospitalet are a 31-year-old man from Norddjurs, a 53-year-old man from Syddjurs and a 50-year-old man from West Funen. "I don't know about their situation anymore, other than it's very serious," Esben Møller said. The accident is now being investigated by the police and the Labor Inspectorate. The 'Grete Fighter', which is owned by Peter Madsen Rederi, was in the yard for a five-year inspection. According to Grenaa Shipyard, on the ship various steel works were to be carried out, measurements of screw shaft and rudder, full service of auxiliary and main engine, dismantling of bottom and bilge valves and a full coating of bottom and bulwark. In addition, the old excavator had to be dismantled in favour of a new one.