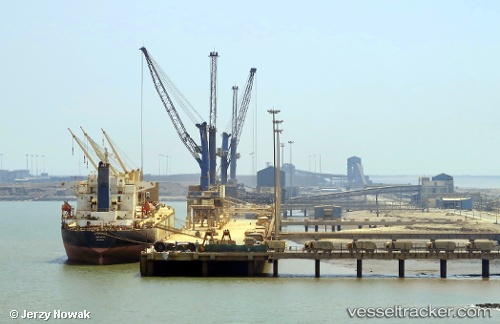 Adani Ports and Special Economic Zone Ltd (APSEZ), India’s largest port developer and part of Adani Group, on Monday, announced the addition of two new 8000m3 Trailing Suction Hopper Dredgers (TSHDs). These dredgers are amongst the largest in the Indian fleet of TSHDs, the company said here in a statement. The Royal IHC, world leader in dredger building, designed and engineered these TSHDs as per APSEZ specifications and delivered it to the Adani team at Holland last month. Both the dredgers have arrived at Adani’s Hazira Port in Gujarat after their maiden voyage through the Suez Canal route. The dredgers have been registered under the Indian flag and classified under the Indian Register of Shipping, said Karan Adani, CEO, APSEZ.

ndia’s Adani Bunkering has launched physical bunker supply operations at the ports of Hazira and Dahej in Gujarat state, reports said. The bunker supplier said bunker fuel grades 380 cst and marine gas oil will be available, Ship & Bunker reported. Rajesh Mohata, coo for Adani Bunkering, was quoted saying that the new operations would cater to ships calling at Hazira, Dahej and other ports of the Gulf of Khambhat in Gujarat state. “This shows our commitment to our customers’ demands for more bunkering locations in India which in turn will enhance our flexibility to develop sustainable volumes,” he said. Adani Bunkering has a 15,000-tonne fuel storage facility at Hazira port, further supported by the company’s fleet of road tankers. The bunker supplier will also soon deploy a bunker barge at the port. http://www.seatrade-maritime.com/news/asia/adani-bunkering-starts-physical-bunker-supply-at-hazira-dahej-ports.html