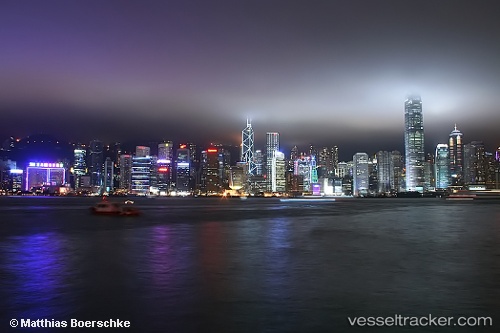 CLP Power aims to start building Hong Kong’s first offshore liquefied natural gas (LNG) receiving terminal at the end of 2019, the utility group’s chief executive said on Monday. “We are still working on some final permits and approvals, but in the meantime we are getting on with the design works and gearing up for the awarding contract aspects,” CLP chief executive Richard Lancaster told a media briefing.

Bunker operations at the port of Hong Kong resumed Tuesday after being suspended over the weekend and Monday due to Typhoon Mangkhut, which made landfall on Sunday. The Hong Kong Observatory had removed all warnings related to the typhoon as of 12.05 am local time Tuesday (0405 GMT Monday).

Bunker operations at Hong Kong suspended due to Typhoon Mangkhut

Bunker operations at the port of Hong Kong was suspended Monday due to Typhoon Mangkhut, which made landfall on Sunday. While the Hong Kong Observatory has lowered the typhoon warning from strong winds signal T3 to standby signal T1 at 2:40 pm local time (0640 GMT), the wind was still strong, accompanied by high swells, market sources said. “We can deliver in-port location but terminal loadings are still suspended, and pilotage has not resumed,” a supplier said Monday. Terminal and barge congestion is expected when operations resume. “Loadings at the terminal will be jammed from Tuesday, barges are currently empty,” another supplier said, adding that operations were expected to resume on Tuesday. At 3 pm local time, Mangkhut was estimated to be about 720 km west-northwest of Hong Kong and was moving at about 20 kph, according to the observatory. It was expected to move across southern China and weaken gradually, it added. At the Asian close Friday, 380 CST bunker fuel for delivery at Hong Kong was assessed at $464/mt, down $3/mt from Thursday. Source: Platts