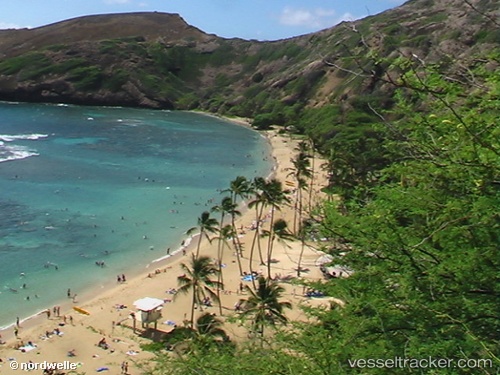 Matson, Inc. , a leading U.S. carrier in the Pacific, has received three new 65 long-ton capacity gantry cranes at its Honolulu hub terminal at Sand Island. The biggest ship-to-shore container cranes to be deployed at any commercial harbor in Hawaii, the cranes arrived aboard a special heavy-lift vessel on Saturday and were positioned for discharge starting this morning. Matson's acquisition of the new cranes, along with the upgrading of three existing cranes and other improvements, is part of a multi-year $60 million terminal expansion and modernization project at its hub that is tied to the deployment of four new ships between 2018 and 2020. Built for Matson by Mitsui Engineering & Shipbuilding, the new cranes weigh approximately 1,290 tons each and will have greater lifting capacity, height and reach than existing cranes, which will enable full service of Matson's new, larger ships.

Matson, Inc. announced that a subsidiary of Matson Navigation Company, Inc., a leading U.S. carrier in the Pacific, has signed contracts with Paceco Corporation for the purchase of three new 65 long-ton capacity cranes and modifications to upgrade three existing cranes at its Sand Island Terminal in Honolulu Harbor. The investments are part of a broader $60 million terminal expansion and modernization program Matson is undertaking to prepare its operational hub in Hawaii for the arrival of four new ships the company has on order with a combined value of approximately $930 million and deliveries starting next year.

HONOLULU — Responders searched throughout the night and are continuing the search Saturday for five missing Army aviators from a downed Army UH-60 Black Hawk helicopter approximately two miles west of Ka’ena Point. The search area is as much as 160 miles offshore from Ka’ena point having continued to expand since the incident due to the currents and swells in the area. Fixed-wing aviation assets and the Galveston Island are searching the leading edge southwest of Kauai while the helicopters and Walnut are concentrating efforts roughly 35 miles offshore of Ka’ena Point. Shoreline crews are active along the north shore of Ka’ena Point to Dillingham and along the southern shore of Kauai. http://coastguardnews.com/search-continues-for-missing-army-aviators-off-oahu/2017/08/19/