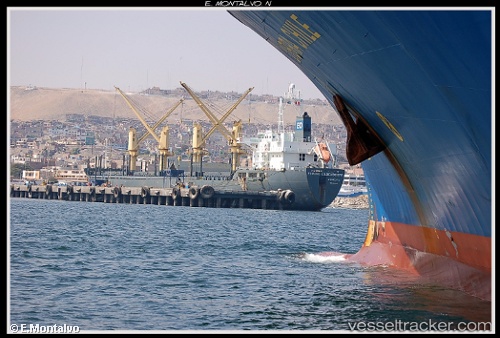 Monday, 03 February 2014 Bolivian President Evo Morales has said he wants to meet with his Peruvian counterpart Ollanta Humala to plan the construction of a mega port on the coast of the southern Peruvian province of Ilo. The construction of this port aims at reducing time and distance in the exports to western countries, said Morales without specifying the date of the meeting. "I have asked the president of Peru to discuss a mega port project in Ilo. Just imagine, Brazil exports 500 million tons of soybeans to China, sending it around Cape Horn," he said during a press conference on Friday. The mega ports are priority among the governments of Bolivia, Peru and Brazil, in order to benefit the Latin American region. The Bolivian government is awaiting approval from the Peruvian Congress of a supplementary and additional protocol to the Ilo Convention, offering new advantages by Peru to Bolivia in a coastal strip denominated 'Boliviamar'. Source: Andina

In September, the Peruvian Congress' Foreign Relations Committee approved the so-called 'Boliviamar' maritime convention, which should eventually provide land-locked Bolivia with an outlet to the Pacific Ocean via the port of Ilo. Previously, Bolivia had used existing treaties with Chile to ship exports via that country's northern ports of Iquique and Arica, thanks in part to a dedicated rail link to the latter. However, neither the rail link nor the dedicated terminal Bolivia maintains at Arica are in a good state of repair and are wholly ill-equipped to handle the potential minerals bonanza to be had from mines at Potosí, which have huge reserves of tin and silver, while Bolivia also boasts the largest reserves of lithium in the world. - See more at: http://www.portstrategy.com/news101/world/americas/bolivia-and-peru#sthash.sdJFfQ9V.dpuf