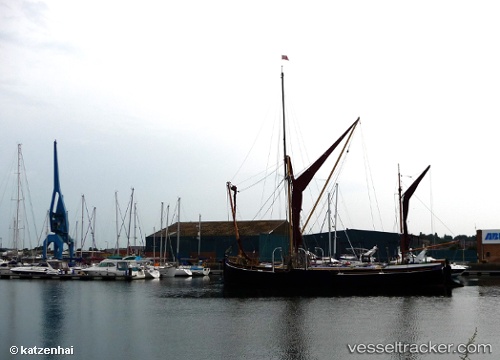 ABP’s Port of Ipswich has reported handling a record 12,000 tonne shipment of beans for its customer Glencore Agriculture UK, supporting local farmers and confirming its place as the UK’s number one agricultural export port. Marking the largest ever shipment of animal feed beans to be exported by ABP in East Anglia, the product will be transported to the port city of Bari in Italy. The field beans, which are used as a protein source in cattle, pig and poultry diets, will travel aboard the vessel MV Zealand Beatrix. James Maw, Glencore Agriculture UK Managing Director, said: “The ability to make a timely early shipment of such scale through ABP’s Port of Ipswich has proved to be especially important for eastern counties growers. “Completing a 12,000 tonne shipment brings essential economies of scale that can make UK beans attractive for global buyers that have a core demand for beans in their feed rations, compared to the cost of conventional 4,000 tonne carriers,” he added. “That has translated into better prices for East Anglian growers, and helping to assure a viable return from the crop for farmers.”

The Port of Ipswich sees rise in leisure passenger numbers

Business at Ipswich’s Wet Dock is booming as ABP announces a tremendous start to 2017, seeing an 16% increase in the number of passengers enjoying a river trip from the Waterfront in comparison to the same period in 2016. ABP says this rise in leisure visits has resulted from a combination of the hottest summer East Anglia has seen since 1976 and the continuous improvement in the visitor and leisure trip offerings available from the Ipswich Waterfront. The town’s three trip boat operators are restaurant boat operator Allen Gardiner, River trip operator Orwell Lady and Ipswich's own Thames sailing barge, TSB Victor. They all operate from Ipswich Waterfront and have enjoyed an increase in the number of passengers and the trips that they offer. In June the three vessels carried 2,950 passengers compared with 2,551 last year, which is an increase of 15.6% with 131 trips against 107 in 2016.

ABP Ipswich has broken records again as the port welcomed larger vessels and saw a surge in ship calls in 2016. In total, 743 ships called at the port, up eight percent from 2015 figures. This increase aligns with an increase of gross tonnage – a measurement of overall ship capacity – which rose by 13 percent to 2.6 million gross tonnes last year. Ipswich, which is the UK’s leading export port for agricultural products, has had over £5.4m invested into upgrading facilities and replacing equipment over the last 12 months, including the construction of a new bulk store which is due for completion in April. Planning and cooperation between the port and marine authorities saw the largest ship to ever call at the port in December. The Dijksgracht, which is 156.93 metres long, arrived at Ipswich with a shipment of 10,500 tonnes of rice from Texas, USA for the Ipswich Grain Terminal. Since 2013, the port has been growing busier year on year, reaffirming the port’s ideal location for serving the Suffolk community and economy ABP Short Sea Ports Director Andrew Harston said: “Our 2016 figures are yet another positive indicator of the importance of the Port of Ipswich to the broader East Anglian economy. “An eight per cent increase in ship calls is a testament to the efforts of our staff and customers who are striving to continually grow their businesses. “We are now looking forward to improving this result again in 2017.” Source: ABPorts