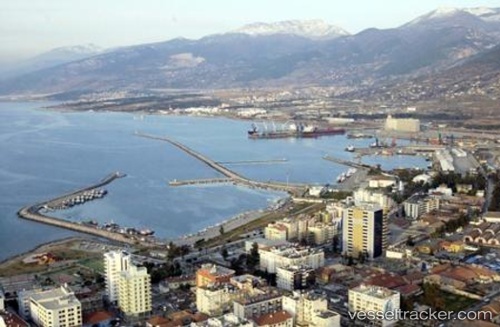 The CMA CGM Group has announced that starting June 16, a call in the South Turkish port of Iskenderun will be added to the Group’s Bosphorus Express Line (BEX). The CMA CGM Group adapts its offer to its clients’ needs and introduces a unique service between Asia and Iskenderun on the market. In order to answer its clients’ needs, the CMA CGM Group adapts its BEX line, joining Asia to the East Mediterranean, by adding a call in the port of Iskenderun. The Group now offers the only direct service on the market, and the best transit times between Asia and Iskenderun. http://www.marinelink.com/news/iskenderun-service-adds393048.aspx

Turkish transporters have been hit hard by the Egyptian incidents

Ankara is set to launch a new route through the Suez Canal as an alternative for Turkish transporters and exporters who have faced setbacks in shipping to the Middle East via Egyptian harbors due to recent developments in the country. “In order to prevent exports from halting and to enable access to those [Middle Eastern] markets, we will use the Suez Canal. We will give the necessary [financial] support,” Turkish Economy Minister Zafer Çağlayan recently told daily Hürriyet. Roll-on/roll-off (ro-ro) services between the Mediterranean Turkish port of İskenderun and a number of Egyptian ports – mainly Alexandria and Port Said – which have been hit by political tension and bloody violence like other areas in the coup-torn country. The issue is of particular concern as ro-ro services have been of great significance for Turkey’s trade with the Middle East since 2011, when the Syrian unrest first emerged. The government solved the blockage caused by the problems with Syrian ports by activating ro-ro services from Mersin and İskenderun in southern Turkey, Çağlayan said. “Using the Egyptian route was a little adventurous for us, but we did it and reached Saudi Arabia and other markets through the Red Sea,” he said. Fatih Şener, executive board chairman of the Istanbul-based International Transporters Association (UND), told the Hürriyet Daily News by phone that switching to the Egyptian route had only been able to save the country 10,000 trips, as opposed to 40,000 when Syrian ports were used.

New container port to be built in Iskenderun

Isdemir, a unit of Turkey's largest steelmaker Erdemir, plans to build a container port at its location in Iskenderun and will be taking bids from investors, according to a filing with the Istanbul Stock Exchange late on Wednesday, July 18, 2012. Source: http://www.reuters.com/article/2012/07/19/turkey-factors-idUSL6E8IJ14U20120719