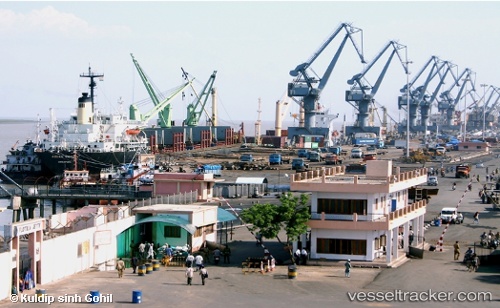 Kandla Port will become the second major port in India to have shore-to-ship power facility after V.O. Chidambaranar Port, formerly Tuticorin Port. The facility would mean that not all the ships coming to the port will have to run their electricity from diesel generators. “In line with international conventions and the government’s initiative to reduce pollution from marine sources, the port has invited tenders for installing power supply arrangements to ships calling at the port when they are alongside berth. The project will have 1 megawatt capacity and cater to four ships at a time for their lighting loads,” said Ravi Parmar, chairman of Kandla Port. The facility is expected that emissions or usage of fossil fuel will reduce by 100 litre per hour for the vessels berthed at the port, which translates to approximately 12 kilolitre per ship for a port stay of five days. http://www.hellenicshippingnews.com/kandla-port-to-have-shore-to-ship-power-facility/

Van Oord has won a contract to keep the approach channel to the port of Kandla, India, up to depth for the next three years. The approach channel is a crucial gateway to the port of Kandla, which is one of the major ports in western India. The contract was awarded by the Client Kandla Port Trust (KPT). The dredging activities will commence in July 2017.

Cochin Shipyard Limited (CSL) is keenly awaiting the outcome of a techno-economic feasibility study to gauge if it is viable to set up a shipbuilding and repair facility at Tuna at Kandla Port in Gujarat. The idea, the seeds of which were sown by Shipping Minister Nitin Gadkari during one of his visits to the yard, is being perused ‘seriously’ by the yard, according to sources. The consultant engaged to carry out the study is expected to furnish its report by the end of the year and follow-up action, in the event of a positive report, will be undertaken immediately thereafter. The CSL had earlier examined the feasibility of setting up off-campus facilities in the Andamans and on Chennai Port premises, but both had to be shelved for various reasons. “As regards Kandla, there’s availability of 310 acres of land at Tuna’s inter-tidal region which is quite a chunk. But there are technical challenges, which are being examined by the consultant. The yard is pretty serious about it and is open to doing shipbuilding, repair and even breaking, as Alang is not very far — all this subject to viability,” said the sources.