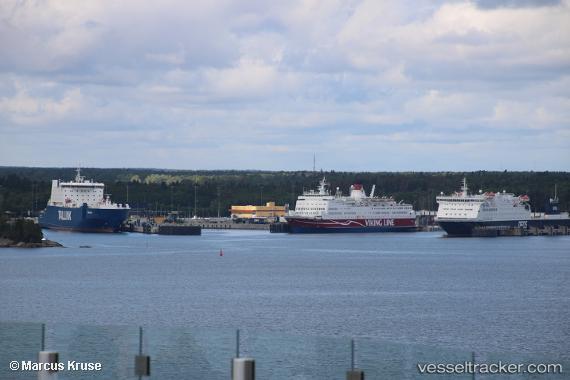 The Port of Kapellskär is one of Sweden’s most important freight ports and is crucial for trade with Finland, Åland and the Baltic States. With a new pier, larger logistics area and modernised port facilities, the port is now ready to welcome the vessels of the future. After more than 55 years as one of Sweden’s most significant freight ports, the Port of Kapellskär needed to be modernised and made more efficient. A three year port refurbishment and expansion project has now been completed, on time and within budget. The Port of Kapellskär is now ready to receive the vessel sizes and larger volumes of the future. The reconstructed port consists of 200 000 square metres of logistics area, an entirely new pier with two quay-berths, a newly renovated pier with two quay-berths and a reconstructed quay-berth. Following the reconstruction work the Port of Kapellskär now has five modern quay-berths. There is also a new pilot harbour adjacent to the south end of the port.

The Port of Kapellskär, Sweden, is being rebuilt to be able to accommodate larger vessels and meet market demands for current and future freight volumes. Now that the new 245 metre-long pier is completed, the port has two new modern quay-berths. The new pier has been operational from yesterday (13th June). The entire port is expected to be completed before the end of 2016, following three years of construction work. http://www.marinelink.com/news/kapellskr-receive-biggest411146.aspx