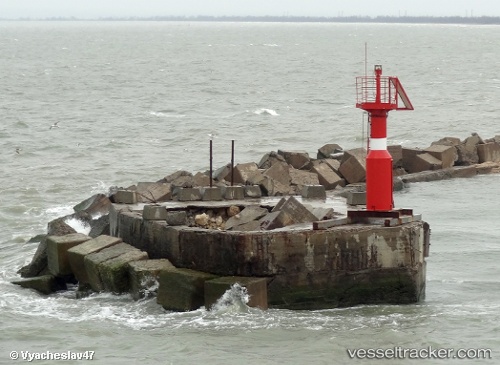 The Port of Kavkaz in Russia saw bunker sales more than triple in January to February of 2015 compared to the same period last year, PortNews reports. According to the FSI Azov Sea Port Authority, bunker sales rose 330 percent to to 55,500 tonnes compared to 2014, while cargo also rose 550 percent to 2.5 million tonnes.

Official news, which made shipowners and sailors fuming with indignation: “The merchant ships send by shipowners to the Azov Sea are not entirely prepared for navigation in harsh winter conditions because of high charter rates on ice-class vessels, a Rosmorport official told reporters at a briefing today. As Alexander Davydenko, head of Federal Marine and River Transport Agency (Rosmorrechflot) said the main task now is to assist the ships stuck in the waters of the Sea of Azov and after that to decide over liability of shipowners. Overall, there are currently 35 merchant ships waiting for icebreaking assistance in the Sea of Azov, 31 of them – inbound, 4 – outbound. There are also 65 vessels in the Russian ports of the Azov Sea that are ready to depart, only 19 of them comply with the ice-class requirements. From the Black Sea 68 vessels are waiting to pass the Kerch Strait in the Sea of Azov, 29 of them have ice-class”. To put it mild, what Davydenko (whom I know personally) said, is not correct. To put it straight, he’s lying. Russian and Ukrainian maritime authorities demonstrate their utter inability to act in force-majeure situation, caused by severe winter and anomalous low temperatures. Even figures voiced by Mr. Davydenko are not correct, there are much more vessels trapped in ice than the number he mentioned. But the main lie is the explanation of what caused vessels to be trapped in ice. Davydenko said that this is the fault of the greedy shipowners, who send to frozen sea unprepared vessels. He forgot to mention, that the authorities were caught unprepared and didn’t issue warnings in advance, and it’s not all – they didn’t prohibit vessel from entering Azov sea, when there was still time to prevent the force-majeure. Maritime Bulletin receives letters from shipowners and sailors every day, describing a mess in Azov sea, resulted from authorities professional failure. Read in full at http://www.odin.tc/news/read.asp?articleID=601