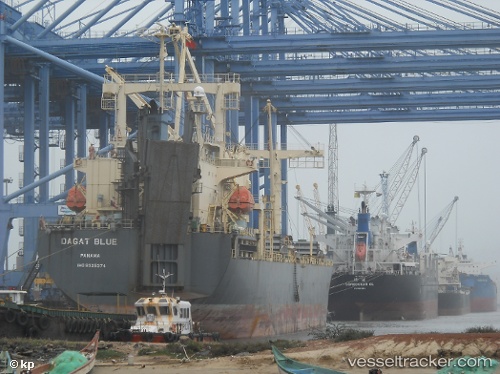 Adani to buy 70% stake in Krishnapatnam Port for over ₹5,500 crore

Gautam Adani is looking to expand his ports empire by closing in on buying a 65-70 per cent stake in Krishnapatnam Port Company Ltd, the entity promoted by Hyderabad-based CVR Group to run a private deep-water port at Krishnapatnam in Andhra Pradesh’s Nellore district. Adani Ports and Special Economic Zone (APSEZ), India’s biggest private port operator, is expected to pay more than ₹5,500 crore to buy the stake which will give it access to the country’s largest waterfront area (for a port) of 12.5 km and a transit storage area of 6,800 acres. It started operations in 2008. Currently, the port has a draft of 18.5 metres, a depth that can accommodate full-loaded Capesize vessel of 200,000-tonne capacity.

Krishnapatnam Port, a deep water port, located in Nellore district of Andhra Pradesh, has increased its draft for container terminal to 16 meters. With the new milestone, Krishnapatnam Port Container Terminal (KPCT) now shares the honour of being one of the deepest draft container ports on the East Coast of India. The port was promoted by the Hyderabad-based CVR Group, a release said here today. Krishnapatnam Port already enjoys the status of having 18.5 meter draft, deepest in India for its bulk terminal. The port has started offering transshipment services, with coastal operator Shreyas Shipping running feeder services between Krishnapatnam Port and Kolkata/Haldia port. There is a special coastal berthing facility at Krishnapatnam that has been made available for transshipment cargo and coastal transshipment vessels.

Krishnapatnam port terminal set to emerge as a hub

The Krishnapatnam Port Container Terminal (KPCT) in Nellore district is all set to become a major trans-shipment hub on the East Coast following dynamic initiatives being taken up by some international shipping container liners. Among these, the Maersk Line has already begun arrangements for using the terminal for its overall trans-shipment operations. The Maersk Line has been a leading world container shipping company with its operations spread over developed and developing countries. Once these efforts fully materialise, the Maersk Group will use the KPCT Terminal as its intermediate trans-loading hub before goods and containers are shipped or transported to a final destination in the hinterland or along the coast. KPCT Chief Executive Officer Anil Yendluri said the fresh initiatives by the shipping container liners would boost the containerised trade in the region and also help in faster movement of goods. The KPCT Container Terminal has been developed with an objective of setting international standards with the help of super post-Panamax Quay Cranes. The overall terminal was designed to handle 6 million TEUs (total equivalent units). Source: The Hindu