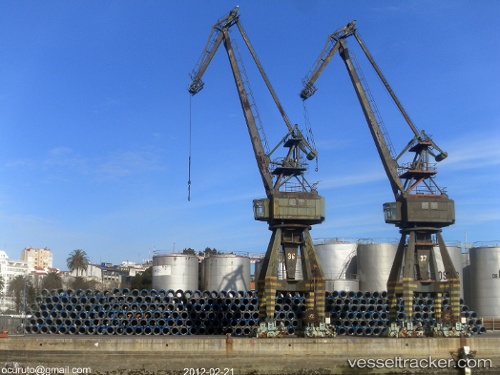 The Port of La Coruna on Spain’s exposed North Atlantic coast, has recently invested in its third Seaward-built Nelson 40 pilot boat, following earlier purchases of a Nelson 40 in 1996 and a Nelson 35 in 2002. Isle of Wight, UK-based Seaward build Nelson 29, 35, 40 and 42Mk II pilot boats and harbour launches alongside their range of Nelson motor yachts. Seaward 42 Mk II pilot boat deliveries have recently been made to Federicia Pilots (Denmark) and Tenerife, 35s to the Indian Ocean island of Reunion and the Falkland Islands in the South Atlantic and 29s to Casablanca pilots, Morocco and to Crouch Harbour Authority in the UK. - See more at: http://www.maritimejournal.com/news101/vessel-build-and-maintenance/ship-and-boatbuilding/third-nelson-for-la-coruna#sthash.vPi041sy.dpuf

Port Strategy reports that the Spanish port of La Coruña has run out of money and cannot finance additional work on its outer harbour extension, where costs have almost doubled to €750 million (US$1.1 billion). Port Strategy said the port authority has asked the National Port Authority for financial help, but this is been declined pending a final cost evaluation of the project.