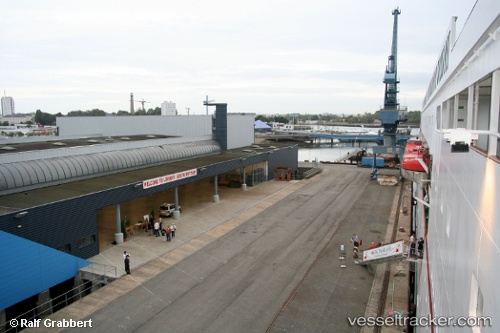 The shipbuilding group STX France has offloaded its Lorient shipyard to a naval consortium. The shipyard, which has produced civil and naval vessels, will be purchased by Kership, a joint venture between French industrial shipbuilder Piriou and naval manufacturer DCNS. "We are extremely happy with this decision," a statement from Kership said, adding that it "reinforces the consolidation of French shipbuilding industry." STX France Lorient, based at the mouth of the river Blavet in Brittany, has operated since 1993 and is capable of producing ships of up to 120 m in length. http://www.marinelink.com/news/shipyard-lorient-sells410188.aspx