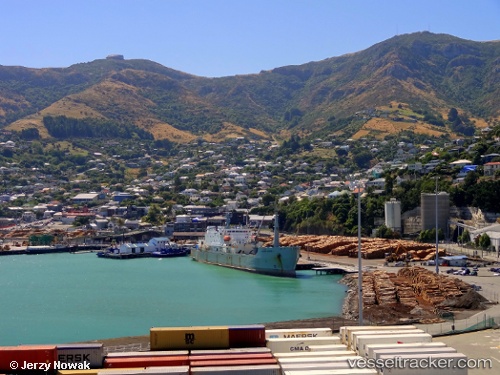 A new NZ$56m cruise ship berth will be built at Lyttelton which has not hosted cruise ships since the devastating 2011 earthquake. The Lyttelton Port Company (LPC) has released plans for the new berth which will open in time for the 2019-2020 wave season and will accommodate ships the size of Oasis of the Seas. LPC ce Peter Davie said he hoped the port would host up to 70 cruise ships annually. ‘With the new cruise berth there will be the potential to attract at least another 20,000 passengers who have been sailing past this region, Davie said. http://www.seatrade-cruise.com/news/news-headlines/lyttelton-to-get-nz-56m-cruise-ship-berth.html

Lyttelton Port of Christchurch (LPC) is officially opening a new $85 million wharf in a move that will double its container capacity over the next decade and brace it for future competition. Cashin Quay wharf 2, and an adjacent storage area for 1200 twenty-foot containers, were designed to handle a new generation of larger container vessels. The wharf officially opened on Thursday afternoon was completed last December, but LPC started progressively using it as construction allowed, and it was now fully operational. LPC chief executive Peter Davie described the new Cashin Quay 2 wharf as a step change in the port’s services and it would help set up the company for the next 30 years with 20 foot container throughput increasing from more than 370,000 to about 1.2 million by 2043. “It is a vital part of our plan to ensure Lyttelton is the international freight port for the South Island. http://www.hellenicshippingnews.com/lyttelton-wharf-expansion-doubles-container-capacity-at-christchurch-port/

Searchers believe they have found a fishing trawler that sunk off the Canterbury coast with three men on board. All are presumed drowned. Underwater scanning equipment pinpointed the missing FV Jubilee a short distance from where the crew made a distress call early Sunday, Ocean Fisheries boss Andrew Stark said at 8.15pm. It was the first sign of the 16-metre vessel after its three-man crew got into trouble and told authorities at 4.30am they intended to get into a life raft. After beginning to search at 6.30am, sea and aerial search crews discovered an empty life raft, locator beacon, fishing bins, documents and oil from the boat. The search covered an area of approximately 50 square nautical miles. The last known point of the vessel was about 22 kilometres off the Rakaia River mouth where depths can reach 45 metres. http://www.stuff.co.nz/national/73121632/three-people-abandon-ship-for-life-raft-after-sinking