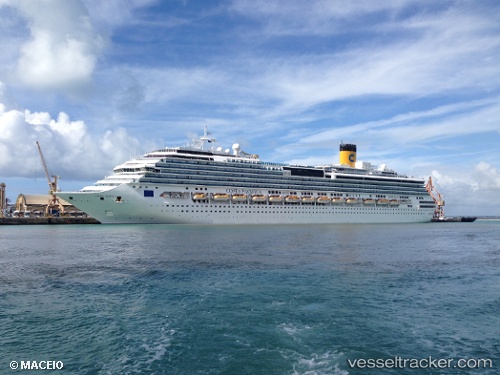 Sugar traders loading from Northeast Brazil’s key sugar export terminal at Maceio port could see freight costs rise, after the local maritime agency was Friday forced to revise down the draft by 1 meter to 9.5 m after a build-up of silt and mud went unchecked for decades. Andre Luiz Macena de Lima, president of the Syndicate of Maritime Navigation Agencies for the state of Alagoas (Sindaneal), said in an interview that Maceio port had not been dredged since the 1990s and that the today’s decision to officially reduce the draft could see sugar exports lose competitiveness on freight. “Producers will need more vessels to load the sugar in Maceio, as they can’t call for larger ships,” he said. “Producers should now put more pressure on the government for a solution.” According to a document circulated by Sindaneal and seen by Platts, the official draft for the sugar terminal at pier six is now 9.50 meters and can accommodate vessels with an overall length (LOA) of 250 meters. Restrictions for the port overall are for a maximum LOA of 220 m and maximum deadweight of 60,000 mt. Source: Platts

Brazil’s Maceió port in northeastern state Alagoas will launch a tender in April 2012 for the construction of a passenger terminal and other infrastructure works, a port spokesperson told BNamericas, Dredging Today reports. “Although an overall budget has not yet been worked out, construction of the passenger terminal is estimated to cost 12mn reais [US$7.49mn],” the spokesperson said. The work, which also entails building a new dock area, is aimed at boosting exports as well as increasing the port’s passenger handling capacity to meet the rise in demand expected during the 2014 World Cup, according to the official. Maceió is one of the 12 cities selected to host the 2014 World Cup.