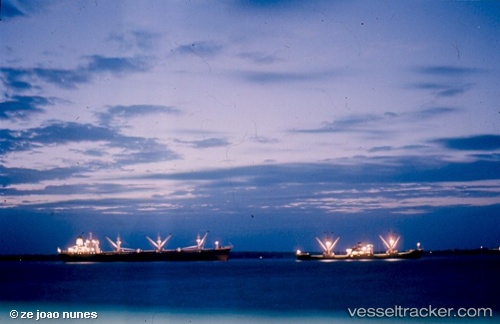 Liebherr, a provider of cargo handling solutions, has announced its delivery of two LHM 550 mobile harbour cranes to East African port operator Maputo Port Development Company (MPDC). The Port of Maputo, located in the capital city of Mozambique, is one of the most important transhipment hubs in the region, handling all types of goods passing through East Africa. In order to support the significant growth of the facility, central port operator MPDC has decided to invest further in Liebherr’s LHM 550 cranes, following an initial order for two units in 2015.

Mozambique Port of Maputo saw its total volumes surge by 22% in 2017 as the port moves toward welcoming even larger vessels. The port handled a total of 18.2 million tonnes of cargo during the year, against 14.9 million tonnes seen in 2016, while the number of vessel calls dropped from 955 to 896 in 2017. However, although the port received 59 less ships calls, it saw 3.3 million of cargo more than a year before. The rise was mainly attributed to the completion of an access channel dredging project in January 2017, allowing for larger vessels to sail to the port. Before the dredging project, with the channel at -11 meters chart datum, the maximum sailing draft of the vessels in Maputo and Matola was on average 12.20 meters and the maximum parcel size varied between 50,000 and 55,000 tonnes. “The dredging resulted in an increase of 40% to the average parcel size for Maputo Main Port and a 55% increase for Matola,” Osório Lucas, CEO, said.

The recent dredging to the Port of Maputo access channel, early this year, from -11 to 14.3 meters served as an enabler to other infrastructure projects, some already taking place at the Port. Terminal de Carvão da Matola (TCM), an open storage dry bulk handling terminal customised to handle coal and magnetite, is the port’s first terminal to take full advantage of the dredging initiative with the completion of the Berth Deepening and Quay Offset project. The works, which were completed on 4 July 2017, included, the deepening of its existing berth pocket to -15.4 meters below Chart Datum to accommodate fully-laden Panamax vessels, refurbishment work and the installation of a new fender support structure and fender system extending the quay by an 8.5 meter offset. Furthermore, the larger TCM ship loader has been modified, with the boom extended to load at this offset. An engineering study is underway to evaluate the changes that need to be made to the second ship loader, where the modifications will then be implemented in the latter half of the year. The installations and modifications were completed during a 19 calendar day operational shutdown of the existing quay. The berth was reopened on 5 July 2017 and the first Panamax vessel successfully loaded 83 403 tons and sailed on 8 July destined for China. “Congratulations to the project team and contractors for completing the project as scheduled and we thank our customers for their support during the process”, said Bongiwe Ntuli, CEO Grindrod Freight Services. http://www.hellenicshippingnews.com/terminal-de-carvao-da-matola-tcm-now-geared-to-load-panamax-ships/