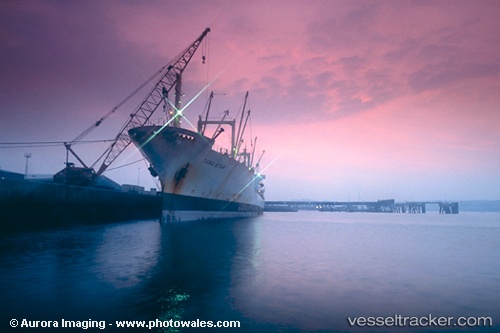 The Port of Milford Haven and Svitzer have run emergency response exercises involving tugs and an LNG carrier on a new simulator in the Welsh port The Port of Milford Haven in south west Wales, which oversees marine operations at the South Hook and Dragon LNG terminals, has invested in training and emergency response. It has opened a tug training facility to improve port and terminal operations and conducted emergency exercises with tug operator Svitzer using simulation. This follows an accident last year involving pilot vessel St Davids, which suffered damage and caused injury to crew when it collided with 2009-built Q-max LNG carrier Lijmiliya in 2016. Svitzer operates tugs in Milford Haven, including Svitzer Ramsey, Svitzer Caldey and Svitzer Waterston. It provides escort duties and line handling for LNG carriers visiting the LNG terminals. http://www.lngworldshipping.com/news/view,milford-haven-invests-in-tug-training-and-improving-safety_47519.htm

The Port of Milford Haven has today completed the acquisition of the site at Wards Yard, Castle Pill. Although there are no immediate development plans for the site, the Port is keen to ensure it is protected for future investment and development. The site is located directly facing the Waterway and could in due course form a logical and potentially exciting extension of Milford Waterfront, the company said in its press release. http://en.portnews.ru/news/232207/

Fishguard has today (Friday, Aug. 19) hosted the largest cruise ship ever to drop anchor in the harbour. The German Cruise Ship, the AIDAVita, is 202 meters long, weighs 42,290 tonnes and carries 1,260 passengers. The ship was able to dock in Fishguard following infrastructure improvements which were funded through the Welsh Government’s Tourism investment Support Scheme. The project received £147,598 to provide a pontoon facility to accommodate the safe embarkation/disembarkation of passengers from cruise ships at anchorage in Fishguard Port. The cruise ship market is big business for Wales – and Cruise Wales and partners are working to grow the market. An increasing number of visitors from Germany are coming to south west Wales through cruise ships docking at Milford Haven Port, Pembroke & Fishguard. Some 59 ships will stop in Wales this year which is a 20% increase on last year. The cruise industry is worth £2.9 million to the Welsh economy. http://www.westerntelegraph.co.uk/NEWS/14693170.Biggest_ever_cruise_ship_drops_anchor_in_Fishguard/