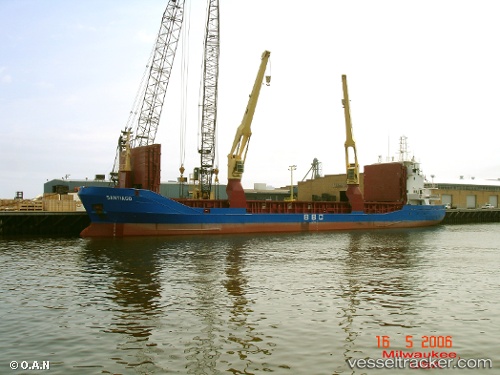 A Wisconsin-based petroleum distributor is planning to construct a $3 million pipeline at the Port of Milwaukee that will allow the company to ship bulk supplies of ethanol over the Great Lakes. The project by U.S. Oil to ship the flammable colorless liquid would represent the first shipments of a fuel or fuel additive from the port in years. The company's plans brought sharp questions from members of the Milwaukee Common Council on Wednesday and representatives of an environmental group. http://www.jsonline.com/story/news/local/milwaukee/2017/05/18/plans-underway-ship-ethanol-port-milwaukee-lake-michigan/327852001/

It wasn't your typical Milwaukee sunrise this morning — the sky lightening over the Hoan Bridge as a massive German cruise ship passed underneath. Welcome back, MS Hamburg. The six-deck ship carrying 400 passengers is operated by Plantours, and it docked Monday morning at the Port of Milwaukee, part of a grand tour of the Great Lakes http://www.jsonline.com/news/milwaukee/german-cruise-ship-on-great-lakes-tour-docks-in-milwaukee-b99576387z1-327424991.html

As an oceangoing vessel, Maersk Illinois’s navigation of the St. Lawrence Seaway demonstrated its versatility and flexibility. “The loading in Milwaukee simplified the logistics of an otherwise complicated move, and it has served to demonstrate the value of our service to US exporters,” noted Dave Harriss, director of Ship Management and Chartering at Maersk Line, Limited. The shipment of two P&H rope shovels, financed by the U.S. Export-Import Bank, required the US-flag vessel to carry nearly 8,000 cu m of machinery bound for a Siberian mining project. According to the port’s spokesman, Jeff Fleming, Maersk Illinois is the first US-flag vessel since 1981 to arrive in Milwaukee by way of the St. Lawrence Seaway, marking an achievement of historic significance. “A U.S. flagged vessel hasn’t carried cargo out of the Port of Milwaukee for decades,” Fleming said. Maersk Illinois’s voyage to Milwaukee has attracted the attention of U.S. Secretary of Transportation Ray LaHood, who touted the benefits of U.S. Export-Import Bank financing in a blog post by highlighting the Milwaukee port call. http://www.heavyliftpfi.com/content/NewsItem.aspx?id=4342