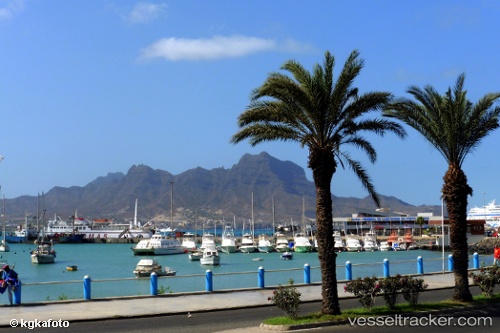 Authorities in Cape Verde have seized 280 kilograms of cocaine in a bust in the Atlantic from a Brazil-registered fishing vessel as it prepared to transfer the drugs to a U.S.-flagged yacht, the Cape Verde judiciary police and coast guard said on Monday. They arrested four Brazilians, one Cape Verdean and a Russian and have since conducted searches in the capital Praia and in Assomada, on Santiago island, seizing weapons, ammunition, satellite phones and around $50,000. The bust happened when the fishing vessel ran out of fuel and the yacht arrived carrying 450 litres of fuel, apparently to restock the fishing vessel and transfer the drugs, a senior police official said. Cape Verde, an Atlantic archipelago of 500,000 people, is the West African nation that has shown the most determination tackling gangs smuggling Latin American cocaine to Europe via the region http://thenewsnigeria.com.ng/2016/04/cape-verde-seizes-280kg-of-cocaine-in-fishing-vessel/

The construction of the oil terminal of Cabo Verde’s (Cape Verde’s) national fuel company Enacol in Mindelo, is another step in developing the country’s maritime economy, the Cape Verdean Prime Minister said Saturday (March 14, 2015) at the facility’s opening ceremony. The new Enacol dock and oil terminal, the first built from scratch in Cabo Verde, cost the company 200 million escudos (US$1.9 million) and was built in one year. Built by the Empreitel Figueiredo company, the terminal is 85.5 metres long and has two piers – the West pier (40 metres long and a draft of between 3.80 and 4.80 metres) and the South pier (45.5 metres long and between 1.5 and 2 metres deep). Source: Macauhub

CMA CGM informs its customers of its service offer, a feeder dedicated to Cape Verde, the company said in its press release. The fortnightly feeder offers Cape Verde ports coverage of Praia and Mindelo. This feeder connects Praia and Mindelo ports to Tanger Med. From Tanger Med, cargo is forwarded to worldwide destinations and origins such as Europe, the Mediterranean, America, Middle East Gulf, Indian Subcontinent, South East Asia and the Far East.