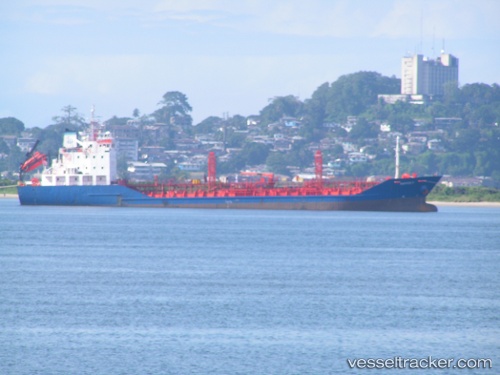 Liberia to Setup Cargo Tracking System At All Seaports of Entry

The Liberian government, through the National Port Authority (NPA), has disclosed the establishment of a tracking system at all seaports of entrances in Liberia to trace goods entering and leaving the country. The Cargo Tracking Note (CTN) or the global system of information on cargo for the protection of ships and port facilities, is a solution of verification and monitoring of international maritime transport in order to prevent any attack and locate the responsibility of each maritime operator in the case of shipping hazardous and dangerous product. According to the NPA, the CTN helps to strengthen the image of ports and countries that have signed, respected and implemented the required plan of the ISPS Code. The aim of the CTN is to contribute to the substantial reduction of risk for maritime security of ships and port facilities by providing accurate and reliable assessments of ships, their owners and managers. In Africa, the process is under way in many countries including Liberia.

APM Terminals flicks the switch at Freeport of Monrovia

APM Terminals has helped Liberian President Ellen Johnson Sirleaf shed new light - quite literally - on one of the West African nation’s key fiscal expansion strategies. Sirleaf recently inaugurated a new navigation system at the Freeport of Monrovia, enabling 24-hour access to the country’s landlord maritime hub for the first time in three decades. Previously, the absence of buoys, lighting and electronic navigation systems limited access at the port, built by the US Military for strategic purposes during World War II, to daylight hours. The new $500,000 investment including 12 off-shore buoys and two land-based range markers is a key milestone in APM Terminals’ $120m, 25-year concession agreement with the Liberian government for the privatization of the port.