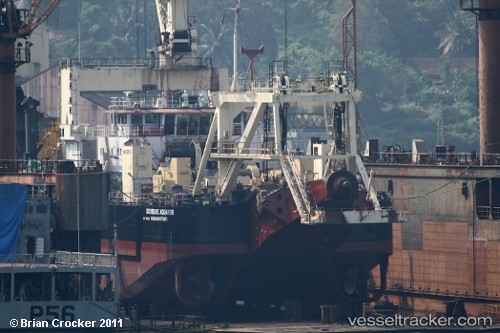 The Goa State Pollution Control Board (GSPCB) on Friday suspended all coking coal handling operations at Mormugao Port Trust owing to “deteriorating air quality” in Vasco in South Goa. The order impacts South West Port Limited, a subsidiary of Jindal Steel and Adani, which imports coking coal at the port and transports it to its steel plants in north Karnataka. The order said that the operations had been suspended as heavy winds were carrying soot into residential areas.

Goa’s Mormugao port might shut down if losses mount

Union Shipping Minister Nitin Gadkari yesterday said that the continued losses at the Mormugao Port Trust (MPT) might result in its shutdown. The MPT, located in the state’s Vasco town, is facing a crisis as handling of coal has stopped due to protests and the banning of iron ore extraction has affected ore cargo as well. “The port (Mormugao Port Trust) has run into losses this year. During the current financial year there is a loss of Rs 25 crore. Now you have to decide whether to run the port or not,” Gadkari told a gathering in Vasco town.

The Indian Coast Guard rescued four crew members from an off shore casino vessel which got stuck on a sandbar off Miramar beach near Panaji. One of the crew members was injured while the other three were found suffering from sea sickness following the incident which took place last night. The ship, MV Lucky 7, was being brought from Mormugao harbour to Mandovi river in Panaji where it is supposed to be anchored. "The vessel got stuck in the Aguada sandbar off the Miramar coast. We received a call last night to rescue the crew members who were in distress," Deputy Inspector General of Indian Coast Guard Manoj Badkar told PTI. A Coast Guard helicopter was pressed into action and the four crew members, including one who was injured, were rescued. The three other rescued crew members of the vessel were extremely sea sick, Mr Badkar said. There were 15 more crew members, including the vessel's master on board, but there was no request to rescue them, he said adding that the Coast Guard is in touch with the state government to help them in case of any oil spillage from the ship. http://www.ndtv.com/goa-news/casino-ship-gets-stuck-on-sandbar-in-goa-one-crew-member-hurt-1725384