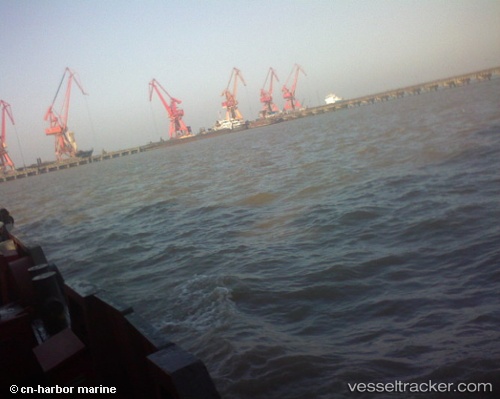 Wison Offshore & Marine today announced that the world’s first barge-based Floating Storage and Regasification Unit (FSRU), for which the company provided EPC services for Exmar, has undocked from Wison’s dry-dock in Nantong, China, marking another major milestone for this project. Upon the undocking, topside installation has been completed, which paves the way for successful delivery. This is the first FSRU being built in China and the facility is to become the world’s first FSRU with small-scale storage capacity. This non-propelled FSRU barge has a regasification capacity of 600MMSCFD. Two SPB cargo tanks, each with a capacity of 12,500 m3, are installed in the hull for LNG storage. It is the second project on which Wison and Exmar have been cooperating following the Caribbean FLNG, the world’s first FLNG project. By adopting a modularization strategy, the hull and topside modules of the FSRU have been fabricated simultaneously, which not only reduced the safety risks and improved construction quality but also helped to shorten the delivery schedule. In addition, Wison has made a few technological breakthroughs including development of its own cargo containment system and cargo handling system for the IHI SPB tanks. Meanwhile, the regasification module has been successfully applied in the final performance test of Caribbean FLNG project as its temporary regasification skid. This demonstrated Wison’s integrated project management capabilities spanning from engineering, procurement, construction to commissioning and operation in the liquefaction and regasification field.