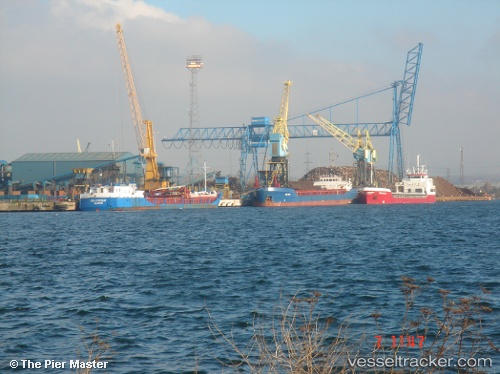 A £2.7 million project to renew the outer lock gates and refurbish the middle lock gates at the Port of Newport has now been completed. Work was commissioned by port owner and operator ABP South Wales and took place between February and July 2018, the ABP said in its press release. This essential replacement and refurbishment of the Newport Dock outer and middle lock gates will ensure that they can continue to protect the dock impoundment and locking operation for at least the next 60 years. Newport is home to a busy deep sea shipping programme that sees regular trade between Northern Europe, the Mediterranean, the Baltic, Africa, Australia, North and South America and the Far East .. The port supports the import and export supply chains of a number important and local and national industrial customers handling a wide range of commodities including steel, timber, aggregates, metal scrap, animal feeds and fertiliser.

Work begins on £2.3 million warehouse investment at Port of Newport

ABP says work has started on a £2.3 million project to develop new warehousing space at ABP Newport in order to accommodate increasing agriculture-related cargo volumes at the port. ABP South Wales, owner and operator of the Port of Newport, has appointed local construction company Andrew Scott, to deliver the development. Once completed, it will provide an additional 3,500 square metres of covered storage for the port. The investment also includes provision of new weighbridges to help improve operational efficiency during cargo handling. Between 2009 and 2014, ABP Newport saw its agribulk operations increase by 118% from handling 139,329 tonnes to 283,770. Overall, the Port of Newport handles around 1.85 million tonnes of cargo a year, supporting 3,000 local jobs and contributing £186 million per annum to the Welsh economy.

Vast £1.5m Newport terminal at port is a first for Wales

An immense new terminal has opened on the banks of the Usk in Newport to protect ships from bad weather as they unload cargo. The £1.5 million structure, made of steel, towers above other buildings in the Lliswerry industrial area at 25 metres high, 60 metres long and 40 metres wide, spanning the dock.