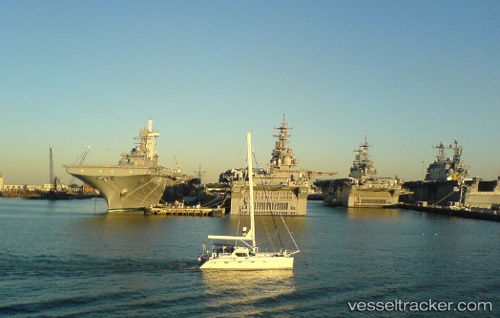 The Coast Guard Captain of the Port of Hampton Roads has reopened the ports in Virginia, which saw limited impacts after Hurricane Florence made landfall as a category 1 storm on Friday morning. “Coast Guard Sector Hampton Roads is coordinating very closely with our port partners to ensure a quick and safe recovery from Hurricane Florence,” said Capt. Kevin Carroll, the commander of Sector Hampton Roads. “Our number one priority is saving lives and preventing life-endangering activities on our waterways. After that, restoring the free-flow of vessel traffic is a top priority, and we realize that our port and personnel could be critical in assisting areas that were more heavily impacted by the storm.”

First of 60 RMGs Arrive in Virginia

The first of 60 new Konecranes rail-mounted gantry cranes (RMGs) have arrived at Norfolk International Terminals (NIT) as the Port of Virginia begins its $375 million expansion project. NIT will put the cranes into service by the end of September, when the first three of its 30 new container stacks will be ready to use. Once all 60 RMGs are operational, Port of Virginia expects NITs annual capacity to increase by 400,000 TEU by mid-2020. In November 2016, the port finalized a $217 million contract with Konecranes to build and deliver 86 RMGs - the largest one-time RMG order ever.

The Port of Virginia is one of the most significant ports in the United States. It facilitates $242 million worth of commerce a day, and a full 9 percent — or 343,000 — of Virginia’s jobs are port-related. But there’s a problem. It’s not big enough. Not when cargo ships have gotten bigger, which threatens both business and safety. Experts say deepening and widening of the port at its channel is crucial. Rick Wester, captain of the Port of Virginia, notes the channel isn’t wide enough with ships double or triple the size they were a decade ago. “About three of four times a week, whenever [the biggest ships] enter or leave port, I have to impose one-way traffic because it’s just too narrow for them to meet any other ships,” he said. Furthermore, the channel is only 50 feet deep, which means many of the larger ships would run aground if fully loaded. Wester explains, “These ships draw 55 feet [so] we don’t allow them to come into port… they can only partially load both coming in and leaving—they’ve not using their capacity.” Over 114,000 U.S. businesses rely on goods from the Port of Virginia, but the channel is limiting its ability to expand. Thus there’s a plan to dredge and widen the waterway — it’s even caught the attention of President Trump, who stated the port “could be one of the best in the world if they invested not that much money, relatively speaking.” How much is that? Around a billion dollars. Virginia has already secured $695 million in private and state investment, and the state is asking for $300 million more from the federal government.