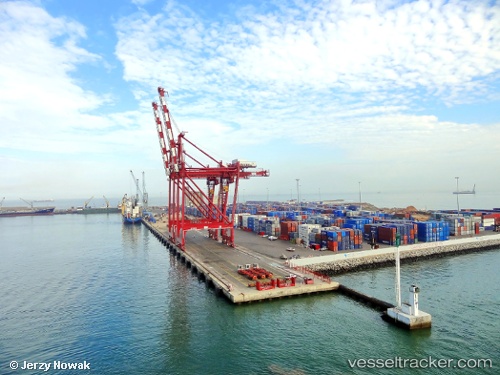 (Reuters) – Congo Republic shipped its first iron ore exports on Friday from a rehabilitated deep-water port that will be used by Congolese billionaire Paul Obambi’s Sapro SA and Swiss commodities giant Glencore. Sapro mined the oil-dependent Central African country’s first iron ore in 2017 from its Mayoko project in the southwest and plans to reach output of 12 million tonnes per year by 2022. Glencore’s joint venture with British Virgin Islands-incorporated Zanaga Iron Ore Co plans to ship 2 million tonnes of iron ore per year through Sapro’s port and rail link over the next two years, and 30 million tonnes by 2024. Sapro, the Congolese government and British shipping company Ashley Global are spending a combined $550 million on rehabilitation to Pointe Noire’s deep-water port, the Mayoko mine and an old railway track connecting the two. At a ceremony on Friday in Pointe Noire attended by the mines minister, a ship loaded with 23,000 tonnes of ore set sail for China, where it will be processed for a European buyer.