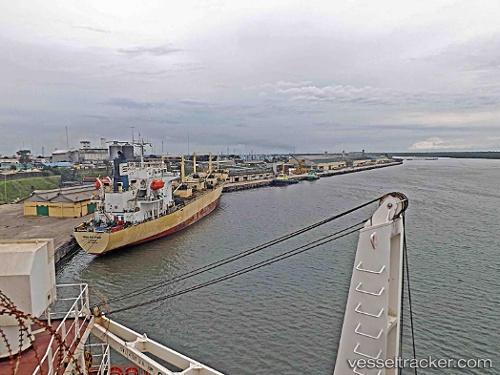 Effective 1st March, Port Harcourt will be added to MSC’s Lomé feeder service offering importers best facilities and competitive conditions. We are pleased to announce effective 1st March, Port Harcourt will be added to our Lomé feeder service and will be served using 1,800 TEU self-sustained containerships. As an important industrial centre and home to many multinational firms as well as businesses related to the oil industry, Port Harcourt offers importers significant advantages regarding its convenient geographical location and accessibility to road networks. Port Harcourt is the second largest port in Nigeria; it is well situated to serve customers in urban centres of Aba and Onitsha, as well as offering a gateway to Abuja, Kano and the north of Nigeria. Many importers may have a preference for taking delivery at Port Harcourt over Lagos depending on their logistics requirements. Source: MSC

Men of the Nigerian Navy have uncovered a ship builders’ yard in a federal government’s environment located at reclamation road in Amango Polo Community Port Harcourt, Rivers State being used for illegal bunkering activities. Conducting journalists around the area, the Operations Base Officer, NNS Pathfinder Port Harcourt, Sunday Haruna said the facility which appeared abandoned has been converted by suspected crude oil thieves as a dump site for illegal refined automated gas oil. According to him, four trucks and over 30,000 litres of gas have been impounded and persons suspected to have come to buy products arrested. The Operations Base Officer said the illegal activity of the bunkers is an economic sabotage and dangerous to the environment. He called on the federal government to revisit the site in a bid to contract people who will use it for legal purposes. http://www.channelstv.com/2016/01/23/nigerian-navy-uncover-illegal-bunkering-site-in-port-harcourt/

he Nigerian Navy says it has arrested five vessels and a Cotonou boat for illegal bunkering after operators of the vessels were allegedly caught illegally discharging 108,000 litres of diesel from a private jetty in Port Harcourt, local media reports. "We discovered on Monday that the vessels MV Denis, MV Faith, MV Lum VII, MV Eliora, FP Comfort, and a large Cotonou boat were discharging illegally refined products into five barges," said Commodore Sanusi Ibrahim, the Commander of NNS Pathfinder. "This is a clear case of illegal bunkering going by the position of the Federal Government on sourcing and distribution of illegally refined petroleum products. "Investigation is ongoing to unravel involvement of individuals and groups behind this illicit trade." http://shipandbunker.com/news/emea/384443-5-vessels-arrested-in-clear-case-of-illegal-bunkering