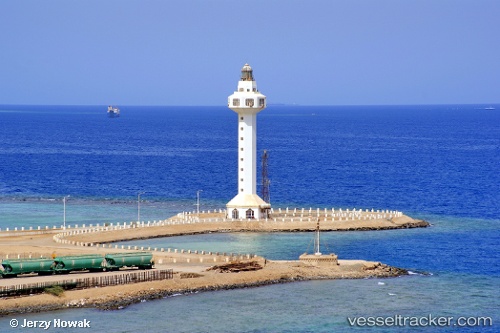 Sudan hopes for lasting partnership with China for Sudan’s Harbor

A Sudanese entrepreneur said that Sudan hopes to establish a long-standing partnership with China in developing its Port Sudan harbor, as the country’s economy is suffering from lack of major resources. “We have important and strategic partnerships with the Chinese companies which have greatly helped us to modernize Port Sudan harbour and increase its efficiency,” Jalal Eldin Shelia, General Manager of Sudan’s state Sea Ports Corporation, told Xinhua. He said that Chinese companies have contributed a lot such as deepening the cleats, increasing the number of docks, modernizing the delivery and shipment equipment and computerizing the procedures and customs clearances. “For over a quarter of a century we, in the Sea Ports Corporation, have cooperation with the Chinese government. Presently we are working on establishment of free harbors on the Red Sea coast with Chinese support as well as a free zone north of Suakin town, an area upon which the Sudanese economy greatly depends,” Shelia said. http://www.hellenicshippingnews.com/sudan-hopes-for-lasting-partnership-with-china-for-sudans-harbor/

The World Food Program (WFP) has disclosed that some 50, 000 tons of food aid from the United States intended for Sudanese bracing for hunger due to famine have docked at Port Sudan on Tuesday. In a statement seen by the {African Press Agency}, the WFP said the relief food aid was carried by the US vessel Liberty Grace and arrived at the Sudanese port with 47 500 tons of Sudan’s staple food sorghum. The US charge d’affaires in Khartoum, Jerry Lanier witnessed the docking of the ship laden with the food donations which were facilitated by the United States Agency for International Development (USAID). Bags of sorghum were uploaded on trucks which were driven away, destined for Sudanese in communities gravely affected by ongoing conflicts between government troops and rebels especially in the troubled West Darfur region. Other areas to benefit from the food aid are Blue Nile and South Kordofan states where ethnic conflicts have displaced over two million people most of whom are in desperate need of humanitarian relief. The USAID food aid comes as the United Nations warned that at some 4 million people in Sudan are in need of such assistance. http://en.starafrica.com/news/50-000-tons-of-food-aid-dock-at-port-sudan.html