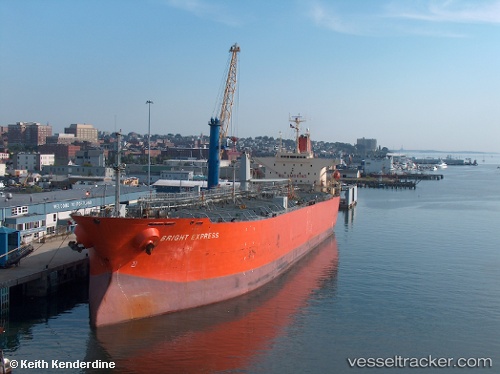 PORTLAND, Maine — The company selected to take over ferry service between Portland and Yarmouth, Nova Scotia, has looked to the U.S. Navy as one possible supplier of a ship it could use for the route this year. Sen. Angus King, I-Maine, and Rep. Chellie Pingree, D-Maine, said in statements Thursday that they have on behalf of the city of Portland asked the Navy to consider whether it any of its surplus ships could be used for that route. “It supports commerce, brings new travelers to the area, and ultimately, helps create good-paying jobs for Maine people,” King said in a written statement. “I will do all that I can to help the city of Portland position itself to resume the service as soon as possible, including advocating on the city’s behalf to the U.S. Navy to explore vessels that could be put toward that use.” Pingree and King set up a conference call with the Navy for the parties interested in resuming the ferry service in December. Bay Ferries Ltd., which the province of Nova Scotia selected to take over the ferry line from Nova Star Cruises, said Thursday that it’s still looking for a ship but declined to identify its prospects, including the U.S. Navy, citing competitive concerns. https://bangordailynews.com/2016/02/04/news/portland/ferry-operator-eyes-navy-ship-for-portland-yarmouth-route/

Bay Ferries Ltd. is working with the provincial government to get the 2016 season underway, but progress will be slowed until it finds a ferry. The Canadian company that plans to run the ferry service between Portland and Nova Scotia next summer is still searching for a vessel. Bay Ferries Ltd., the company that Nova Scotia picked to run the service, is scouring the globe for a ship but has yet to find one, said Geoff MacLellan, the province’s minister of transportation. http://www.pressherald.com/2015/12/24/new-operator-of-nova-scotia-ferry-service-still-searching-for-a-ship/

Maine’s 2015 cruise ship season came to an end this week as the Seven Seas Navigator made the final port stop in the state, helping set a record for annual cruise ship visits for the largest city in Maine. Portland, Maine’s second-busiest cruise ship port, had 84 visits this year, according to Bob Leeman, marketing director for Cruise Portland, the city’s marketing arm for the cruise industry. That is 10 more visits than the 74 Portland had in 2014 and four above the previous high, he said. “We had an outstanding season,” Leeman said. Cruise ship companies and passengers, he added, “love it here.” https://bangordailynews.com/2015/11/06/business/bar-harbor-misses-mark-but-portland-sets-cruise-ship-record/