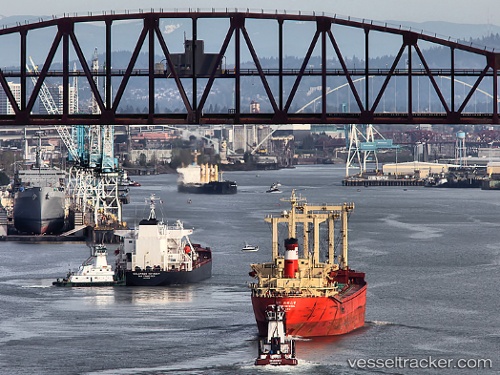 The Port of Portland is suing agriculture giant Monsanto Corporation for contamination on port property. The port wants the company to pay for its portion of the clean up in the Columbia and Willamette Rivers. “The damages for the Port of Portland range anywhere between tens of millions, if not hundreds of millions of dollars in total PCB clean-up costs,” John Fiske, a California-based attorney representing the Port of Portland told local media. PCB stands for polychlorinated biphenyl. Monsanto said the lawsuit lacks merit and should be dismissed. http://splash247.com/port-portland-sues-monsanto/

PORTLAND, Ore. (AP) Michael Thorne remembers the Port of Portland's container terminal as a high-maintenance money-loser. As the Port's executive director from 1991 to 2001, Thorne made hurried trips to Asia to maintain relationships with shipping companies. He lunched with Oregon importers to rustle up business for the carriers, giving ships a reason to stop in Portland. The Port built up other lines of business to prop up the container terminal's losses. All that was OK, Thorne said. Leaders at the Port, a public agency funded in part by taxpayers, saw the container terminal's export business as a service to farmers and other export-dependent businesses across the Northwest — one important enough to justify the cost. “We have to export,” he said. “The containers were a critical service.” By 2010, that philosophy had changed. The port's new director, Bill Wyatt, still saw the container terminal as an important part of the port's mission, but he also saw it as a major financial liability. The port, hoping to dodge the risk while continuing to provide the service, turned to a private operator. Read more at http://www.constructionequipmentguide.com/port-of-portland-future-of-terminal-remains-murky/31526