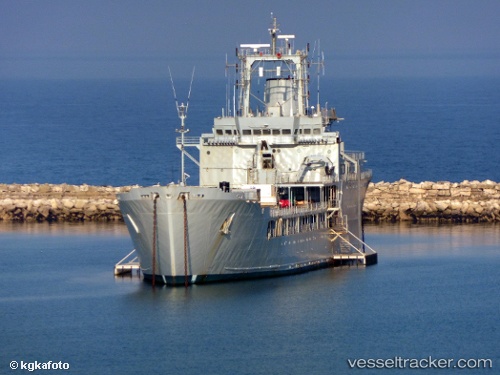 Intermarine UK struck an agreement with a Chinese manufacturer to make the Port of Portland one of the UK’s centers for scrubber installation. Intermarine President Slawomir Kalicki signed the agreement at Norshipping in Oslo with counterpart DB Wang deputy general manager of the Shandong Pure Ocean Technology based in Renhe Town in the Shandong province. The deal will see Intermarine act as an agent to Shandong and offer to install its scrubber systems to a wide variety of vessels to help them meet tough new environmental regulations. This includes bulk, container and cruise ships as well as RoPax and RoRo ferries, tankers, car carriers and fishing vessels.

Maritime engineering company Intermarine UK is ramping up operations, at its new 2400sqm fabrication and welding facility at Portland Port in Dorset, UK after taking delivery of £450,000 of new machinery, the company announces in its press release. Inter Marine Group President Slawomir Kalicki said the Polish-owned company has invested its own cash reserves into the equipment, which include bending machines, welding sets, CNC plasma machines and laser cutters. In addition, Mr Kalicki said since beginning operations in January the company has created 20 jobs, including 15 labourers and five office-based positions. In total he said 60 new jobs should be created in the next two years. Intermarine’s investment in Portland has further been welcomed by the UK Government and the local authority. The new Portland operation has already won orders including a £600,000 deal to supply piping to a major British shipyard as well as combing equipment.

PORTLAND Port says it is off to a 'flying start' for the new year as it welcomes lots of marine traffic – and prepares for the world's biggest cruise ships. Following a year in which it marked 20 years as a private port and continued its cruise ship boom, port chiefs are looking forward to a prosperous 2017. A major project for the port this year is the completion of the extension to the main cruise berth at the outer coaling pier. The new facility, due to be completed in the spring, will further strengthen the port’s position by being able to accommodate vessels with length overall's (LOA) of more than 340 metres. http://www.dorsetecho.co.uk/news/15015215.Portland_Port_prepares_to_welcome_world_s_biggest_cruise_ships/