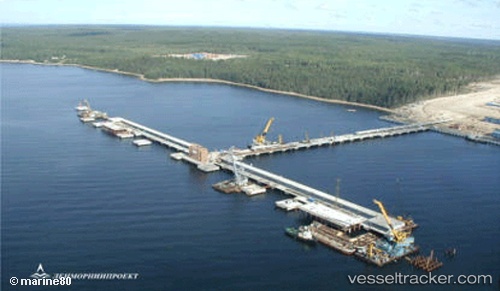 Russia will suspend oil loadings from the Baltic Sea ports of Primorsk and Ust-Luga due to an expected storm, a spokesman for oil pipeline monopoly Transneft said on Thursday. Igor Dyomin also said currently two tankers were being loaded in Primorsk and one in Ust-Luga. “The wind is expected to strengthen according to the forecast,” he said. Source: Reuters

During the past 24 hours the fleet of 8 icebreakers has provided 28 merchant ships with icebreaking assistance in the eastern part of the Gulf of Finland, the Baltic Ports Authority's Ice Operations HQ said. The remaining icebreakers of Rosmorport, incliding the St. Petersburg, the Vladivostok, the Murmansk, the Kapitan Zarubin are undergoing maintenance. The Kapitan Plakhin's main engines are 73% ready. From midnight, Jan. 25, the ship convoy will be formed at Buoy No 1 Big Ship of the Big Ship Fairway (59°58,5' NL, 27°03,1' EL). Ice buildup continues in the entire eastern Gulf of Finland (to the Buoy No 1) with ice thickness of 10-25 cm. Fast 15-30cm-thick ice is observed in the Neva Bay. From the Entrance Buoy to the C-1 solid 15-20cm-thick ice, between BSF and buoys No 23/24 broken 15-20cm-thick ice, buoys No 23/24 to Picket 132 – fast ice, the channel is frozen with 20-30cm-thick ice. On the Port of Primorsk access channels the 20cm-thick ice is observed with fast 35cm-thick ice in the port's basin. The channel is open for transit. The 15-20cm-thick landfast ice is observed in the Ust-Luga river offshore anchorage with 15cm-thick ice fields in the sea port and at berths. The 15-20cm-thick solid ice is reported on the approaches to the port of Vysotsk, from the Nerva and toward Vikhrevoi, 20-30cm-thick fast ice on the Vysotsk-Vyborg channel and 25-35cm-thick ice – on Saimaa Canal and heavy ice buildup continues. Since the start of this year winter navigation season 239 cargo ships have been escorted by Rosmorport's icebreakers. The following ice navigation restrictions are imposed as of February 10, 2016 (ice thickness of 15-30 cm) in the basin and on access channels of Big Port St. Petersburg, the Port of Primorsk. http://en.portnews.ru/news/213421/

Ice restrictions for ships calling at the Baltic port of Primorsk are set to be introduced from January 17 due to the onset of ice in the region, shipowners and local port agents said Monday. “Due to the first ice appearing at Primorsk and weather forecast of cold temperatures from 00.00 [local time] on January 17, 2016, the following restrictions [will apply] at the port of Primorsk: Non ice class vessels [will be] permitted to call at the port of Primorsk in ice conditions only under ice breaker assistance; and vessels with ice class Ice-1 and higher will be permitted to call at Primorsk without an ice breaker, with recommendations from ice breaker only,” a local ship agent said. Shipowners said they had been notified about upcoming ice restrictions. Source: Platts