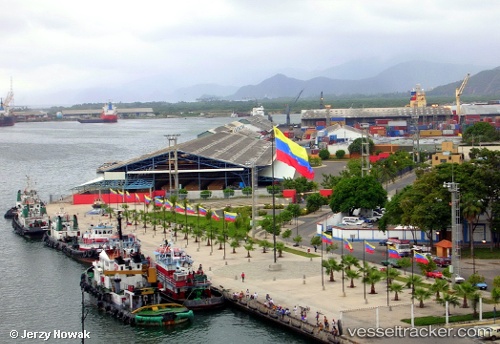 A backlog of tankers waiting to unload around Venezuela has built up, even though a crude cargo from France’s Total and another six tankers carrying products were recently discharged at state-run PDVSA’s ports after weeks of delays, according to Reuters tracking data and shippers. Several oil providers and PDVSA have agreed to a type of prepayment mechanism that involves loading cargoes and paying for them just before delivery, but even so some unpaid cargoes have been swirling around Venezuelan ports since November, traders said. A dozen and a half tankers, mostly carrying refined products, were anchored around Venezuela and Curacao – where PDVSA operates a refinery and a storage facility – waiting to discharge as of Dec. 2, according to Reuters vessel tracking data. Another 45 vessels were heading towards the Caribbean or waiting to load crude or products at PDVSA’s terminals as well. http://www.hellenicshippingnews.com/oil-tankers-backlog-builds-up-in-venezuela/

Venezuela has signed an agreement with a Chinese company to build a new shipping container terminal at its largest cargo port. Venezuelan Transportation Minister Francisco Garces says expansion of the port at Puerto Cabello will allow it to handle cargo from much larger ships. During a televised ceremony on Wednesday, Garces signed a memorandum of understanding with China Harbour Engineering Company to carry out the project. The terms of the agreement were not disclosed. Venezuela has stepped up diplomatic and trade ties with China and President Hugo Chavez has increased oil sales to China. Puerto Cabello is Venezuela's busiest seaport, handling most of the cargo that enters the import-dependent country.