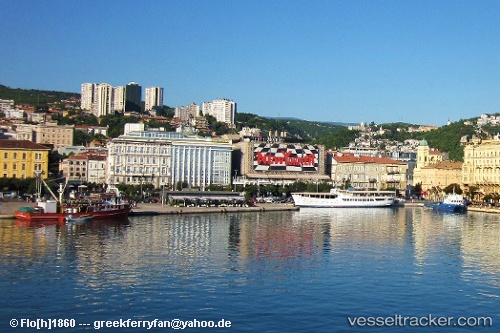 The Croatian government said it would help a troubled shipyard owned by Uljanik, the country’s largest shipbuilder, resume production. The government, which owns a 25% stake in Uljanik, said in March that it would not back a proposed restructuring plan for the group due to the financial burden it would place on the state. However, Prime Minister Andrej Plenkovic said on Thursday that the government was willing to support 3.Maj, which is located in the northern Adriatic port of Rijeka and is one of the group’s two shipyards, because it did not have as big a debt burden. “Unlike Uljanik, the 3.Maj is not an overly indebted company and there is an interest in the construction of new ships,” Plenkovic told a televised press conference after a government meeting. He said the government expected 3.Maj to draft a plan for its future operations.

After many creditors withdrew distraint proceedings, the Commercial Court in Rijeka decided on Thursday to postpone the bankruptcy of Croatia’s debt-ridden shipyard “3. Maj” until Aug. 1. Seven days ago the shipyard’s account was blocked for 156 million kuna (23.8 million U.S. dollars). After some of the creditors pulled back, the blockade now amounts to 86 million kuna (13.1 million U.S. dollars). Judge of the Commercial Court in Rijeka Ljiljana Ugrin urged Croatian Electricity Industry and the Croatian government to engage in the process of revocation of the enforcement order, so that “3. Maj” could continue with unfinished shipbuilding contracts.

International Container Terminal Services Inc. (ICTSI) subsidiary Adriatic Gate Container Terminal (AGCT) has announced a major expansion plan at the Port of Rijeka to enable it to be the first terminal in the northern Adriatic able to berth vessels of up to 20,000 teu capacity.