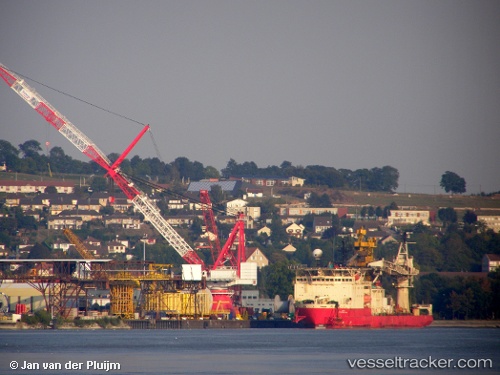 CMA CGM Group has announced the launch of LYDIA feeder, linking Rouen to Le Havre on a weekly basis. Starting the 2nd of august, LYDIA feeder is dedicated exclusively to cargo from Rouen to West Africa cargo under B/L CMA CGM. LYDIA feeder will call at Le Havre port (1 day transit time) with connections on direct services to West Africa: EURAF 1 and EURAF 5

France’s port of Rouen, Europe’s largest grain-export hub, will dredge the shipping channel in the Seine River over the next four years to allow the inland port to accommodate vessels as big as 58,000 metric tons, Bloomberg reports. Regional authorities approved the works after negotiations that started in 2007, Francois Henriot, a port spokesman, said by phone today. The first phase will involve deepening the river from its mouth on the English Channel to an Exxon Mobil Corp. refinery about 25 kilometers (16 miles) upriver. The dredging works will increase the channel’s navigable depth by 1 meter to 11.7 meters (38.4 feet), allowing access of handymax and supramax sized vessels, according to Henriot. The budget is 185 million euros ($242 million), he said. Dredging the shipping channel may allow Rouen to attract almost 10 million tons of cargo a year, according to an e- mailed statement from the port. It expects its second-best year in 2011, after a record in 2010, with more than 24 million tons of cargo handled as of Dec. 7, Henriot said.