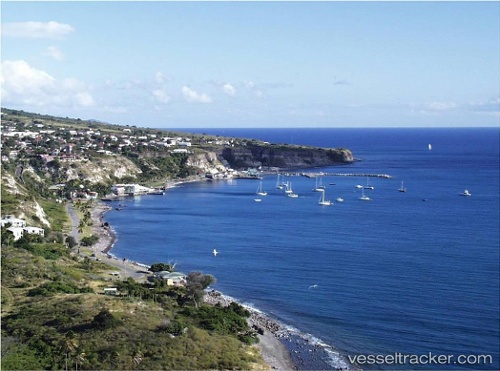 Venezuela’s state-run petroleum firm PDVSA has been barred from using a NuStar Energy (NS.N) oil storage terminal in the Caribbean over $26 million in unpaid bills, according to documents reviewed by Reuters, halting delivery of a cargo to an oil trader. The suspension was triggered when PDVSA missed a payment for use of NuStar’s Statia facility on the island of St. Eustatius, according to company documents viewed by Reuters. “We should not load this cargo,” wrote NuStar Vice President James Calvert in response to a loading request, according to one document. NuStar’s refusal to retrieve the oil over what amounts to nearly a year’s worth of monthly fees shows how recurring legal and trade disputes are disrupting PDVSA’s ability to deliver its oil to foreign customers, which generate more than 90 percent of the country’s export revenue. Shipping delays and quality concerns also are jeopardizing the OPEC-member country’s crude sales, the lifeblood of its troubled economy. http://www.hellenicshippingnews.com/pdvsa-blocked-from-using-nustar-terminal-over-unpaid-bills/

Nustar Energy’s oil terminal in the Caribbean island of St. Eustatius suffered damage to several tanks and other equipment due to Hurricane Irma, but all the U.S. firm’s employees are safe and no oil spills were registered, it said in a statement. NuStar’s Statia terminal has the capacity to store 13.03 million barrels of crude and products. The company also said that no restart date has yet been set, and that it will be working on Thursday to restore power at the facility. “Despite the damage and major clean-up effort, we feel like we fared very well considering the significant power of this storm,” it said. Source: Reuters

Venezuela's state-run PDVSA will use a terminal owned by U.S. firm NuStar Energy on the island of Saint Eustatius to store crude and load very large crude carriers (VLCCs) going to Asia, after deciding it will no longer rent a facility in the Bahamas, a PDVSA executive said on Friday, April 25. PDVSA has been using the Saint Eustatius terminal in the Caribbean since March as a center to store and mix its crudes and produce exportable blends, the Venezuelan oil company confirmed after Reuters reported it this week. The company already started receiving crude tankers at the facility going out from Venezuelan ports. "We plan to build a new terminal in Araya (at Venezuela's Eastern coast) but meanwhile we are renting some storage centers in Aruba and Saint Eustatius and using our own facilities in Bonaire and Curacao," PDVSA's refining vice president, Asdrubal Chavez, told journalists. "We used the Bahamas before, but from Saint Eustatius to Asia the trip is shorter, so we are saving time and money after negotiating with NuStar," he added.