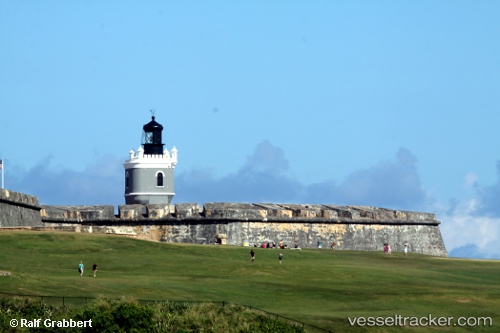 Two more cruise ships bypassed scheduled stops in san Juan as demonstrators have been calling for the resignation of Puerto Rico Gov. Ricardo Rosselló. The loss of tourism is impacting the island's economy. Tourism officials said the two ships would have generated a $1.3 million economic impact. Officials estimated the island missed out on a combined $760,000 from the Seaside and Equinox on Monday

Crowley Maritime Corp. has retrofitted two of its heavy lift, flat-deck barges, 455-3 and Marty J, to provide additional capacity to customers shipping cargo between the U.S. mainland and Puerto Rico, the company said in its press release. With the 455-3 sailing early Tuesday morning from the Port of Jacksonville, Crowley has now expanded its fleet from nine to 16 vessels, further increasing U.S. flag capacity to transport commercial and relief supplies to support the island’s recovery after Hurricane Maria in late September. Since the storm, Crowley has offloaded 11,000 loads of commercial and government relief supplies – including more than 4,000 loads for the Federal Emergency Management Agency (FEMA) - at the company’s Isla Grande Terminal in San Juan. Thousands more loads are scheduled to be discharged, including more than 1,600 FEMA loads. The 455-3 is carrying nearly 300 loads of FEMA and commercial cargo.

TOTE Maritime is increasing its service offerings and customer support to meet a growing demand for services as part of the ongoing relief and rebuilding efforts in Puerto Rico. TOTE Maritime is adding two barges to its fleet. The first barge departed from Jacksonville yesterday with 375 FEUs of cargo. The second barge is scheduled to depart early next week and will carry 350 FEUs of cargo, the Company said in a press release. “The addition of these barges to our service offering will allow us to better support the increasing and changing needs of Puerto Rico as relief, recovery and rebuilding goods are all being shipped to the island” noted Tim Nolan, President of TOTE Maritime Puerto Rico. TOTE Maritime has also secured more than 2000 pieces of additional equipment for use in the trade. This is to ensure that cargo can continue to move quickly and efficiently despite the ongoing challenges with equipment availability. The additional equipment includes refrigerated containers, forty foot containers and flat racks for moving items such as utility trucks.