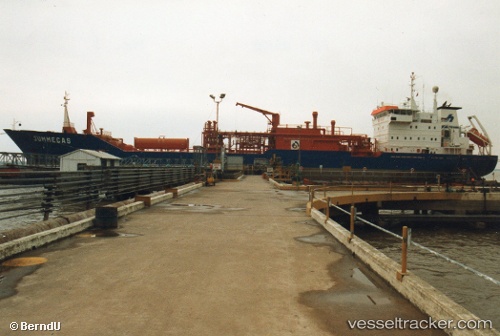 Inchcape Shipping Services (ISS) is advising of a boat and tug stoppage at La Plata San Lorenzo, Argentina on Thursday 13 August due to a Union meeting at River Plata and Parana River. Vessels affected will include tugs, pilots and mooring boats. To ensure safety, tugs will provide a service for tankers leaving port and LNG tankers calling at the LNG terminal at Escobar. Ports affected and timings: La Plata to Zarate from 06:00 to 18:00. San Pedro to San Lorenzo from 00:00 to 24:00 ISS Argentina is working with its clients to minimise impact where possible. The company will continue to monitor developments and keep its clients updated. Source: Inchcape Shipping

A wage strike by Argentine tugboat captains forced more than 100 grains ships to drop anchor along the Parana River on Monday, preventing the loading of freshly harvested corn and soy, a local industry official said. The work stoppage affected grains terminals in Timbues, Puerto General San Martín and San Lorenzo, all just north of Argentina’s main port of Rosario, said Guillermo Wade, president of the country’s Port and Maritime Activities Chamber. “We are very concerned,” Wade told Reuters, referring to the backup of cargo ships waiting to take on corn, soy and related products at the end of harvesting for the 2013/14 crop year. Argentina is a major exporter of corn and the No. 1 supplier of soymeal livestock feed used around the world. Tug captains, needed to guide cargo ships into port, walked off the job on Saturday to press for a hike in wages that would offset the South American country’s high inflation rate. Private economists say the rate may exceed 30 percent in 2014, compared with about 25 percent last year. Official data released last month showed inflation slowed for a fifth consecutive month in June, but still stood at 15 percent since the start of the year, one of the highest rates in the world. Farmers on the Argentine Pampas ere expected to harvest 54 million tonnes of soybean this year and 26 million tonnes of corn, according to the U.S. Department of Agriculture.

Argentina's Mercantile Marine Union has called a strike from today (24 March, 2014) affecting the ports of San Lorenzo and Rosario. This will affect services such as mooring boats, pilot boats, etc...