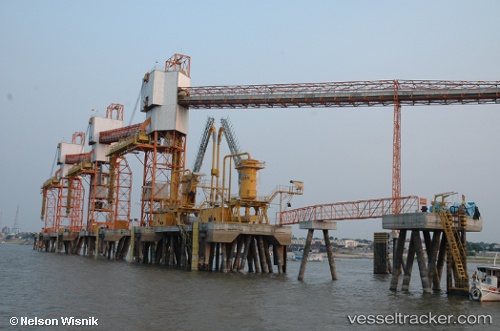 Residents of villages along a key highway for grains exports in Brazil’s northern Para state continued to stage protests on Tuesday blocking the flow of goods like corn and soybeans to nearby ports, industry groups and police said. Local residents, merchants and farmers have protested on federal road BR-163 since July 5 against a veto by President Michel Temer of legislation that would reduce the area under protection at a national forest in the region, Brazil’s federal highway police (PRF) said. Cereals exporting group Anec said the situation in Pará could impact its projections for corn exports. Brazil’s northern grains ports could account for 25 percent of total corn and soybean exports this year, according to the government. “Everyday they stage a blockade at some point of the highway. When we get there, they move to another point,” said Ana Rabelo, a spokeswoman for the PRF in Pará. It was not possible to reach leaders of the protests. Rabelo said the protesters have planned new blockades for at least one week ahead, each day at a different point in the BR-163, which is a key road for trucks carrying soybeans and corn from center-west farms to a trans-shipment hub in Miritituba. From there, the grains are transferred to barges that move them to exporting ports such as Santarém and Barcarena. Brazilian soybean industry association Abiove said the protests were impacting grain deliveries at the Miritituba hub, so barges are waiting longer to be filled up. http://www.hellenicshippingnews.com/protests-on-brazil-road-impact-flow-of-grains-to-northern-ports/

Heavy rainfall has led to port congestion and risk of delays

Due to the recent seasonal heavy rainfalls, a traffic jam started forming; leaving trucks loaded with soya beans stuck fast in the mud and unable to advance or return to point of origin. This has disrupted the supply chain to the ports and has led to congestion at ports exporting soya beans. The congestion currently affects the river port of Santarém and the ports of Vila do Conde, Baracarena and Belén. As a result, operators are now diverting vessels to ports in the south-eastern and southern regions which may lead to congestion at these ports in the next few weeks.The National Department of Transport Infrastructure reports that the traffic jam is now clearing and that trucks are being pulled through the mud with the help of bulldozers and tractors. The traffic is expected to resume providing weather conditions improve. However, further rains are forecast for the next weeks and the congestion is likely to last the entire Brazilian summer albeit to a much lesser extent, according to industry sources.