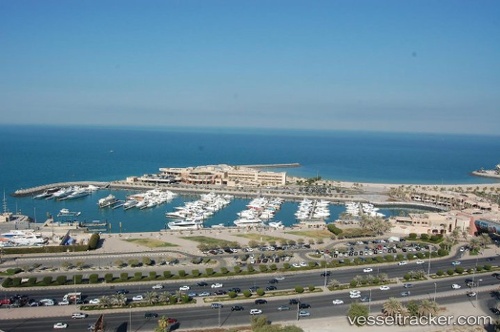 Milaha, a Qatar-based maritime and logistics conglomerate, has launched the first ever direct feeder service between Qatar and Kuwait. The new service, named KQX (Kuwait Qatar Express Service), will operate between Hamad Port in Qatar and Shuwaikh Port in Kuwait once a week initially, using a 515 TEU vessel. With 50 reefer plugs available on the vessel and a highly competitive transit time of 1 day, the new service is ideal for transporting perishable products and food stuff, among other cargoes, coming into and out of Qatar, as well as for connecting Kuwait to Milaha’s broader feeder network in the Arabian Gulf and beyond.

A total of eight container vessels are set to be transferred from Kuwait’s port of Shuwaikh to Shuaibah port over a period of three months starting from September or October, according to data from Kuwait Shipping Companies and Agents Association, provided by Wilhelmsen Ships Service. The route of these ships would be transferred as part of phase one, according to the capability of the shipowners, however, the number of vessels would later increase to up to 12 vessels if required. KSCAA said that the decision was made in order to reduce the volume of import cargo discharge as well as the conjunction of the containers in Shuwaikh port in parallel with closing the Ghazali bridge.

Kuwait halted maritime traffic in its three sea ports due to deteriorating weather conditions, the Kuwait News Agency (KUNA) reported. Navigation stopped at the Al-Shuwaikh, Al-Shuaiba and Al-Doha ports for safety reasons due to lack of horizontal visibility and after wind speed had reached 37 nautical knots, Director of Sea Operations at Al-Shuwaikh Port reported.