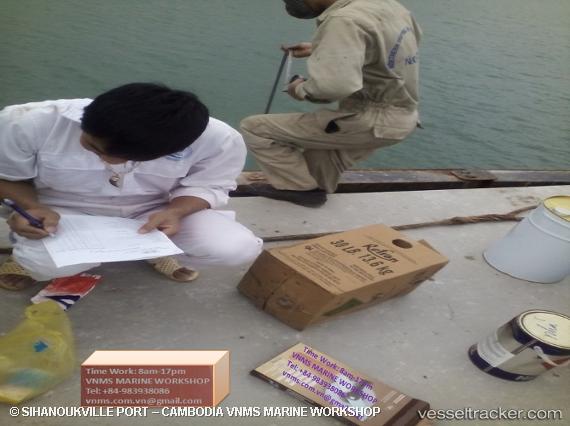 Congestion at Cambodia’s top port is creating supply chain disruptions. In a note to clients German containerline Hapag-Lloyd noted that terminal productivity at Sihanoukville port has deteriorated due to port and yard congestion. Feeder services and turnaround times are affected and feeder space is tight. In an effort for medium term improvement of this situation, the port is building an extended yard for additional storage space. “Before the new container yard is completed, port congestion may persist,” Hapag-Lloyd warned.

he Kingdom’s only deep-sea port, operated by state-owned Sihanoukville Autonomous Port (PAS), will launch a new multipurpose terminal on June 25, to accommodate larger vessels with heavy loads, it said on Wednesday. PAS Chairman and CEO Lou Kim Chhun said the inauguration of the multipurpose terminal will be presided over by Prime Minister Hun Sen. Once in operation, the new facility will be able to load shipments weighing in the range of 40,000-50,000 tonnes. This is more than twice the limit of existing terminals. “As the terminal at the sea-port is deeper and can handle bigger vessels with heavier loads, sea transportation costs will become cheaper,” Kim Chhun said. He said construction of the new terminal began in early 2015 using a soft loan from the Japanese development agency JICA. The final cost will be more than $70 million. Cambodia Freight Forwarders Association (CFFA) President Sin Chanthy said that PAS’s new facility will contribute to a greater level of competitiveness in exporting goods and will simplify the work of freight forwarders. Without the new terminal, Chanthy said PAS could not handle large vessels. This led to fewer customers and congestion while at port. “With the new terminal becoming operational, large vessels will make up a larger part of the traffic. Goods will be delivered on time in a shorter period which will strengthen the business’s competitiveness,” he said.

The construction of a new container terminal as part of an expansion project of the Sihanoukville Autonomous Port (PAS) will start by early 2019 after Japan signed an agreement to provide a low-interest loan of about $209 million. The new container terminal is scheduled to be completed by the end of 2022, a senior PAS official said. Lou Kim Chhun, the director general of the PAS, told Khmer Times yesterday that the feasibility study from the Japan International Cooperation Agency was positive and now Japan has granted the loan. Mr Kim Chhun said the construction of the new container terminal will start by the end of 2018 or early in 2019 at the latest and is scheduled to be finished by 2022 or early 2023. http://www.hellenicshippingnews.com/new-container-terminal-okayed/