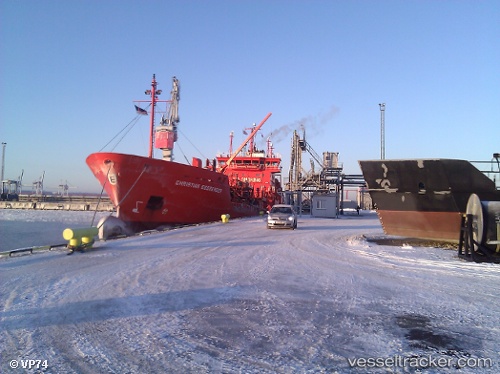 The war of European Union and Russian sanctions put an end to the grand plans of building the Sillamäe gas terminal that would have cost hundreds of millions of euros and could have become an important transit centre for Gazprom gas, LETA/Postimees writes. “The Sillamäe terminal could have become, besides the Ust-Luga port, a Gazprom gas transit project, but now they do not consider it possible to expand in our direction,” said one of the founders of the Estonian transit business Endel Siff, who last year became the head of Sillgas, that planned the Sillamäe terminal. The plan then was to build a 500 million euro terminal that would have processed Gazprom pipeline gas into LNG but also receive it from big ships for storing and selling. The terminal was supposed to handle 2.3 million tonnes of gas a year. Siff estimated that construction of an LNG terminal for Estonian consumers has no perspectives since the government policy favours the use of local fuels, and the excise tax on natural gas that this year increased by 20% reduces the competitiveness of the so-called light-blue fuel further.

The European Union is considering construction of a regional LNG terminal in the north of Europe to ensure its energy security. “If the decision on construction of the terminal is approved, it will start working not earlier than 2018, as realisation of such a project will take about five years,” the member of Estonian Parliament, the head of Kazakh-Estonian working group Denis Borodich told New Europe. According to him, cost of the project could exceed €600 million (it includes construction of a gas pipeline worth €200 million and the terminal – €400 million and more). The European Union will partially fund the project (5-10%). The remaining funds must be private – from investors interested to invest in the terminal. According to the Chairman of the Board of Silport JSC (Estonian port of Sillamae on the Baltic Sea) Tiit Vahi, his company intends to build a terminal on their own, from which it will be possible to export LNG to any country upon request.

A container terminal covering around 40 hectares, built on land regained from the sea, has been completed in the North East Estonian Sillamäe Port, the local Põhjarannik newspaper writes, cites LETA. One of the port’s owners Tiit Vähi said that the container terminal is completed in the construction and technical sense. It has 15.5 metres of depth which means that it can receive all ships that come via the Danish straits. “The quay line reaches a kilometre. Next year we will build also a railway station and railcar loading capacities,” he said. Some ships have already visited the terminal for test loading but busier work should start next spring. Vähi said that the port is working on contracts in the European and Russian directions. Vähi believes that the terminal will gear up in April, and they can have around 200 or 300 containers of goods to handle every week. Source: Baltic Course