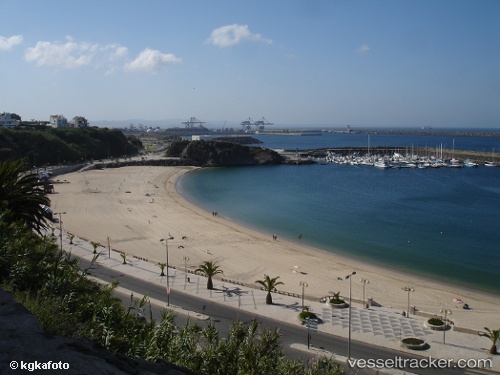 Portugal plans to invest 547 mln euros in Port of Sines

The Portuguese government announced an investment of 547 million euros in the expansion of the Port of Sines in the southwest of the country and an agreement to extend its concession from 2029 to 2049. The agreement was reached last week between Portugal and PSA Singapore for the completion of the 3rd phase of expansion of Terminal XXI, so as to greatly increase its capacity and give another 20 years of operations in Portugal to PSA Singapore. The Sines port, 58 nautical miles south of Lisbon, is one of the major European ports and the great hub port of the Iberian-Atlantic front.

A new Paceco España contract with the largest container terminal in Portugal will result in the Spanish crane engineering company producing a 'Portainer Malaccamax' ship to shore (STS) crane that can manage 22,000 TEU vessels. The crane being built for PSA Sines Terminal XXI will be 133 metres tall, have a top A frame height of nearly 91 metres, a height under spreader of 48 metres, an outreach of 70 metres, and be able to reach the 24th container row of a vessel, making it one of the largest cranes in existence. Paceco España has started to design and manufacture its Portainer Malaccamax crane — classed as a ‘Super Post-Panamax’ crane due to its outreach being more than that of the 19 to 22 container rows that these types of cranes can achieve. The terminal’s quay length is 946 metres in length, with an additional 200 metres for a feeder berth, and is currently accommodating a mix of nine Super-Post-Panamax and 'Post-Panamax' quay cranes — able to achieve a 16 to 18 container outreach. Paceco España has supplied eight of the terminal's cranes, with the last produced by Japanese Paceco Group company Mitsui, Engineering & Shipbuilding (MES). PSA Sines Terminal XXI has an ongoing development plan that aims to increase its current 2.1 million annual TEU capacity. https://www.porttechnology.org/news/portugals_largest_terminal_to_receive_super_sized_crane

Portugal's Secretary of State for Transport, Sergio Monteiro, has announced that the government will shortly launch two new port concessions as part of its Strategic Plan for Transport. These are believed to be the Vasco Da Gama terminal in Sines and an expanded container handling operation in Leixões.