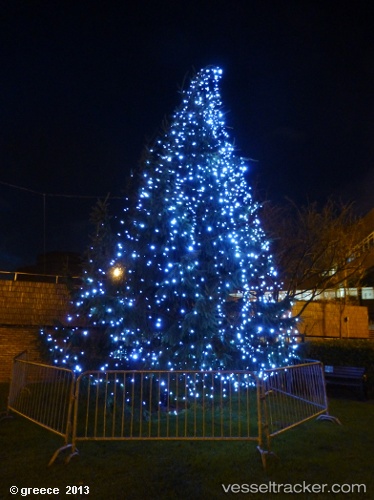 Largest cruise ship in more than a decade welcomed

Port of Sunderland has welcomed the largest cruise ship in more than a decade into its waters this week. The North East port played host to the MS Hamburg, a 15,000 ton, 420 passenger cruise ship, operated by German-based Plantours Kreuzfahrten. The vessel – the largest of its kind to enter the port in 15 years – docked for eight hours, with the 318 tourists on board heading off on organised tours to explore religious sites across the North East. The 144m long vessel, which travelled to Sunderland from Rosyth in Scotland, made its final call at the North East port, before travelling back to Bremerhaven. This is the third consecutive year that Port of Sunderland has been a cruise ship stop-off point, and a significant step forward for the port, which announced intentions to regularly welcome passenger vessels after first greeting the MS Gann in 2014. http://www.cruiseandferry.net/articles/business-cruises-into-port-of-sunderland

Dutch shipping firm sets up base in Sunderland port

LV SHIPPING is making waves in Sunderland. The shipping and transport company, part of the Dutch-owned LV Group in Middlesbrough, has been working with the port since 2011, and has now established a permanent base. Sunderland City Council leader Paul Watson, who is chairman of the port board, said: “We have believed for a long time that Port of Sunderland has a special and quite unique offer. More to read at http://www.sunderlandecho.com/news/business/latest-news/dutch-shipping-firm-sets-up-base-in-sunderland-port-1-5614085

Activity at the Port of Sunderland has been boosted by an enormous grain shipment which finished loading last weekend. Carrying 2,500 metric tonnes of oilseed rape (OSR) aboard the ship MV Arklow Sea, the project has seen the first departure from Sunderland Port for company Frontier Agriculture. The ship is destined for Cargill’s seed crushing plant in Antwerp. More at http://bdaily.info/news/international-business/01-09-2011/shipment-boost-for-sunderland-port/