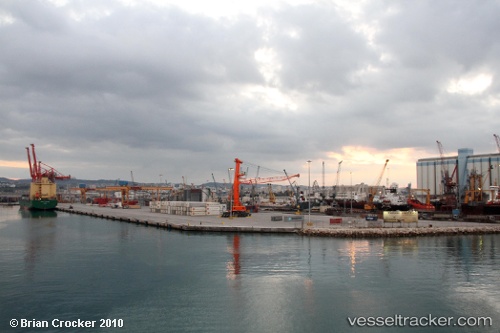 Shipping traffic to Syria surges as Russia steps up offensive

More than 100 cargo vessels have reached Syria in the past few weeks, in the biggest buildup in shipping for over a year as Russia steps up its support for ally President Bashar al-Assad. The ships have arrived directly from Russia, Black Sea ports such as Constantza in Romania as well as from Lebanon and Egypt, according to shipping data, maritime intelligence and international trade sources. They say the cargo includes supplies to bolster the offensive as well as grain and sugar to feed those involved in the deepening conflict. Reuters was not able to independently confirm what was in the ships. Russia has not issued any orders for the delivery of goods to Syria, a Russian government spokeswoman said. Some deliveries were to fulfil orders made by the Syrian and Russian governments while others were private suppliers, expecting an opportunity to sell their goods as fighting picks up, the sources said. “Ships are backed up and the logistics of bringing cargoes is complex and chaotic at the moment. We are seeing all of this due to Russia’s bigger involvement,” a Middle East based commodities trade source said. The cost of freight to Syria on a container ship jumped in the past two weeks by 25 percent to over $80 a tonne, he said. Syria’s five-year civil war has escalated since Russian jets started air strikes against rebels battling Assad on September 30 after increasing its presence in mid September with extra forces at its naval base at the port of Tartous and at a coastal airstrip. There were just seven ships arriving at Tartous in late August, but this had jumped to 29 in the week of October 12, according to data collated by UK-headquartered maritime technology company Pole Star. It showed 95 ships arrived at Tartous between mid-September and October 21. In the other main port of Latakia, ship arrivals peaked during September with a total of 34 ship arrivals in the period from mid September to October 21, Pole Star data showed.

International Container Terminal Services Inc (ICTSI) made the decision to terminate its business in the Syrian Arab Republic through subsidiary, Tartous International Container Terminal (TICT), due to the ongoing civil war. The company says that political unrest and violence made operations dangerous and unsustainable for TICT personnel. Prior to the announcement, all Filipino employees had already been pulled out of the country. http://www.portstrategy.com/news101/news-extra/ictsi-terminates-syrian-operations

Russian warship Novocherkassk carrying a marines unit has left its Black Sea port for Syria amid preparations for a possible evacuation of nationals living and working in the strife-torn country, news reports said Sunday. The Novocherkassk landing ship is the third such craft despatched since Friday to the Tartus port that Russia leases from its last Middle East ally, agencies cited an unnamed official in the general staff as saying. The reports said the Azov and Nikolai Filchenkov landing ships had also been sent to Syria from their Russian bases. The military source said the Novocherkassk would arrive at Tartus within the first 10 days of January.