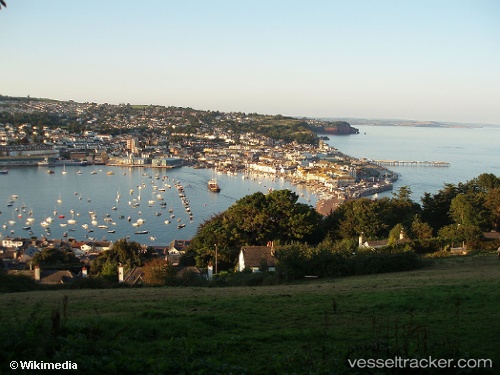 ABP says its Port of Teignmouth has celebrated a historic 4000 tonne shipment record thanks to continuous investment in improvements in port infrastructure. The tonnage-handling milestone, which marks the highest volume of cargo ever to be exported in a single shipment from the port during its long history, was achieved in collaboration with Teignmouth Harbour Commission and ABP’s valued customer Sibelco. Aboard MV Pex, the ball clay will be transported from Devon, which is home to one of the world’s most significant ball clay deposits to the Castellon province in Spain. The rare mineral will be used in ceramics manufacturing and related industries. Chris Lownds, Sibelco Flow Manager UK, said: “Teignmouth has historically been a key export port for Sibelco, due to its close proximity to our main ball clay sites at Kingsteignton, near to Teignmouth.

The completion of a new bulk store facility takes ABP’s investment at the Port of Teignmouth to nearly £1m in the last two years. The bulk store is the latest investment at the Port of Teignmouth and was constructed by local company Bridge Construction, who completed the work earlier this year. It was designed to take into account future flood levels and ABP worked closely with Network Rail to ensure its construction did not affect rail services which run in close proximity to the port. The first delivery for the 600m2 facility arrived on the MV Lady Ami which was carrying more than 2,400 tonnes of dry bulk from Cefetra, a major importer of grains and animal feed raw material. Port Manager for Teignmouth and Plymouth, Dave Atkin said: “In addition to the recent purchase of a material handling crane, this new bulk store adds up to a £900,000 investment in the Port of Teignmouth.” ABP Short Sea Ports Director, Andrew Harston, said: “Teignmouth is a great example of a local ABP port handling cargoes on behalf of local customers. This is also helped by the close working relationship with the Teignmouth Harbour Commissioners who are also investing to deepen the channel which is key to the port’s ongoing success.” In 2015, the Port of Teignmouth handled a total of 395,000 tonnes of cargo carried by 198 ships. http://en.portnews.ru/news/217146/