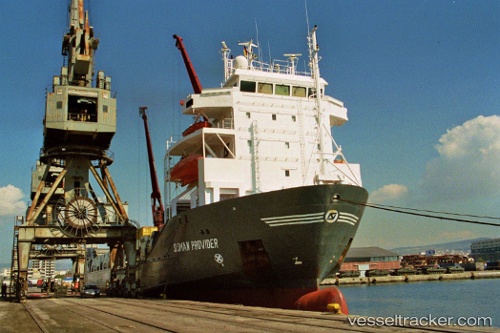 The transfer of the 67% of ThPA S.A.’s shares to the South Europe Gateway Thessaloniki Limited is completed

A new era begins today for the Port of Thessaloniki, for the city itself and for the economy of Northern Greece, following the stock exchange transfer of the majority stake of 67% of Thessaloniki Port Authority S.A.’s (ThPA) shares to the South Europe Gateway Thessaloniki Limited. The said development completes, with absolute success, another important milestone of the Hellenic Republic’s program for the development and exploitation of the assets that have been transferred to HRADF, laying the foundations for the economic development of Northern Greece and the country as a whole. Source: Hellenic Republic Asset Development Fund

A German-led consortium bought a majority stake in Greece’s second-biggest port, a week after the deal was put on hold because its guarantor, Russia’s Promsvyazbank, had to be bailed out. Deutsche Invest and its partners, France’s Terminal Link SAS and Cyprus-based Belterra Investments, signed the deal for a 67 percent stake in Thessaloniki Port with Greece’s privatisations agency HRADF. The deal is worth 1.1 billion euros ($1.31 billion), HRADF said, and the consortium has offered 231.9 million euros to take over the port as well as to spend at least 180 million euros to upgrade its infrastructure within seven years.

German private equity firm Deutsche Invest Equity Partners was the highest bidder for a majority stake in Greece’s Thessaloniki Port with an offer of 231.9 million euros ($251.8 million), privatisation agency HRADF said on Monday. The sale is a key part of the country’s international bailout signed in 2015 and comes less than a year after China’s COSCO Shipping bought a 51 percent stake in Piraeus Port, Greece’s biggest, for 280.5 million euros The bid for Greece’s second-largest port by Deutsche Invest Equity Partners, which has teamed up with France’s Terminal Link SAS, represents a premium of about 70 percent over the stake’s current market value of 136.5 million euros HRADF received three bids in March for a 67 percent stake in the port. The other two bidders were Philippines-based International Container Terminal Services (ICTS) and Dubai-based P&O Steam Navigation Company (DP World). The agency had asked the suitors to improve their offers by April 21 and unsealed them at a board meeting on Monday. Deutsche Invest Equity Partners and Terminal Link SAS will also take over the operation of the port for the next 34 years under a separate lease agreement that Greece expects to bring in more than 170 million euros in additional revenue. Thessaloniki Port had a throughput of 344,277 20-foot equivalent units (TEUs) in 2016. The winning consortium will need to invest 180 million euros to upgrade the port in the next seven years and raise throughput to 550,000 ΤΕUs. The agreement needs approvel by a Greek court of auditors and other relevant authorities. Source: Reuters