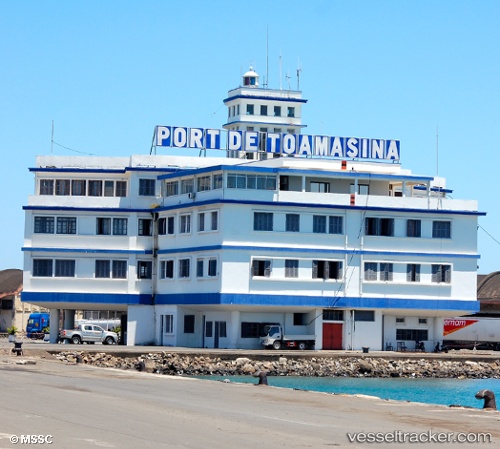 MADAGASCAR – In a fairly lengthy (for us) article in February we highlighted the dispute at the Port of Toamasina (Tamatave) and the plight of the those workers dismissed by the management, allegedly for joining a union the Syndicat General Maritime de Madagascar (SYGMMA), and in an action which contravenes the country's labour laws. Now the International Transport Workers' Federation (ITF) which has been running a campaign on behalf of the dockers, has ramped up the pressure by targeting an international brand which manufactures in the country and exports via the port. http://www.handyshippingguide.com/shipping-news/port-labour-dispute-takes-a-new-turn-as-unions-target-export-shippers_7958

Four Chinese sailors have been imprisoned in Madagascar on charges of trying to illegally export a precious hardwood, authorities said. The men appeared before a judge on Friday and are accused of an attempt to export rosewood, said Sosthene Randrianjaka, prosecutor in the port town of Toamansina. Rosewood, named because of its strong sweet smell, is used to make luxury furniture, which is in high demand in China. The logging of the wood has caused serious damage to Madagascar's unique forests and most export of rosewood is banned. The sailor's ship was discovered in January in a rosewood smuggling hotspot and although the men claim the ship is a fishing vessel, the nets needed for fishing were not on board, according to Randrianjaka. The prosecutor admitted that the charge of attempted smuggling would be hard to prove because no rosewood was found on the ship. Madagascar's president, Hery Rajaonarimampianina, declared a zero tolerance policy on rosewood smuggling when he came to power just over a year ago. http://www.dailyjournal.net/view/story/1de4ba1cfbac4d02bb8501460469f55e/AF--Madagascar-Chinese-Arrested/