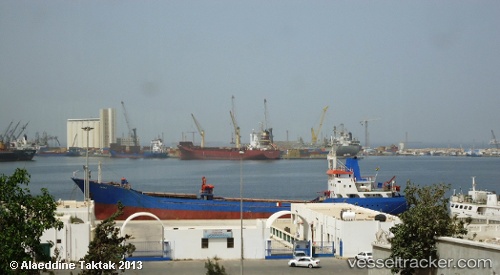 TRIPOLI – The Libyan navy on Thursday ordered foreign vessels to stay out of a coastal “search and rescue zone” for migrants headed for Europe, a measure it said targeted NGOs. Six years since a revolution that toppled longtime dictator Moammar Gadhafi, Libya has become a key departure point for migrants risking their lives to cross the Mediterranean to Europe. Tens of thousands of migrants have resorted to paying people traffickers for the journey, often on overcrowded and unseaworthy boats. Charities have dispatched boats to rescue migrants from drowning, while Libya and Italy — where the vast majority land — have worked together to stem the flow. “We want to send out a clear message to all those who infringe Libyan sovereignty and lack respect for the coast guard and navy,” Libyan navy spokesman Gen. Ayoub Qassem told a news conference in Tripoli.

The official spokesman for the Libyan Ministry of Defence, Abdul Razzaq al-Shahabi said that the ministry has issued orders to airforce, navy and Coast Guard forces to attack any vessel or oil tanker that enters the Libyan territorial waters without prior permission. Shahabi stressed that the ministry had received information stating that an unidentified oil tanker attempted to enter Libyan waters, transporting oil illegally, without having contracted with the Ministry of Oil and Gas. Tripoli first announced plans to bomb ships entering Libyan waters illegally in August. [21/10/13]

CMA CGM said it has resumed all container commercial services to Libya, joining Maersk Line and Nordana in restarting service to the recently liberated country, the Journal of Commerce reports. "All ports in Libya are now open, safe and operational as far as container services are concerned," a spokesperson for the French carrier told Dow Jones Wednesday. CMA CGM said full service coverage to Tripoli, Misrata, El Khoms and Benghazi was now fully in place. Import routes are opening up after months of civil war caused huge upheaval, in particular around Libya's eastern port of Benghazi.